Fans of Rick and Morty might have to wait for some more time to watch Season 3 than they had expected.

Nevertheless, the wait will be worth it as the third season has got quite exciting stuff lined up. The sneak peek that was just released by Adult Swim indicates great adventures in the sci-fi comedy series.

Rick and Morty Season 3 would take some time but fans can have a glimpse of the amazing adventure that lies ahead through the sneak peek that was just released by Adult Swim, reports Counsel & Heal. Though there were lots of speculations doing the rounds about the air date of the third season, all of it has come to a halt. Those who were saying that it would be back in 2016 have been already proven wrong.

Even those who thought January will see the curtains coming down on the cartoon series are on the wrong side. What is likely is that the animated series will premiere in March which is late but it will be worthwhile.

The short clip released by the creators of the cartoon series shows Morty getting pulled out from school by Rick for another adventure. The animation is unfinished but it is still enough to get viewers all excited, claims ComicBookMovie.

However, it is not suitable to be viewed at work for the clip has objectionable words that have not been bleeped out. It has Rick and Morty getting reunited for another of their funny and adventurous escapades and thus, it is confirmed that viewers will be treated to some super crazy drama in the third season. The clip is already featured on a live stream by Adult Swim.

As for the premiere date, March is very likely to be the month that will witness the episodes going live but an official announcement is still awaited. Fans expect that Adult Swim will confirm it in this month.

It is worth mentioning here that fans were expecting Rick and Morty Season 3 to premiere in late 2016 as it had been announced by creator Dan Harmon. 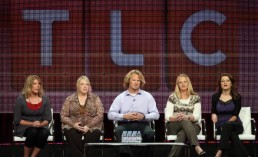 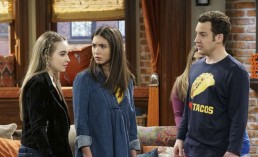