Dancing With the Stars pros Peta Murgatroyd and Maks Chmerkovskiy are officially parents!

Maks has been keeping fans updated on Instagram, posting a video of their drive to the hospital and then a photo of Murgatoyd putting on makeup:

Maks told Enstars back in September about how excited he and his family were for the baby:

"The baby, I mean it's literally the point of everyone's attention in my family and it's something I look forward to," he said at the time. "I cannot wait."

As for Murgatroyd, the Dancing With the Stars pro has been having a great couple of years. She took home her second Mirrorball trophy last spring with her celebrity partner Nyle DiMarco, though she had to sit out of this past season, which was won by Maks' brother, Val Chmerkovskiy, and his partner, Laurie Hernandez.

Maks and Murgatroyd will be married in the summer. The couple previously revealed that they might splurge for the wedding.

"I want it to be a million dollar wedding! She wants a princess thing with the horse and carriage and I want to give that to her," Chmerkovskiy told In Touch last year.

"I love doing this type of thing," Murgatroyd added. "It's going to be massive, probably 500 people, somewhere in New York. Our families will fly over for it." 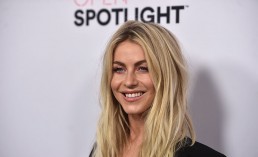 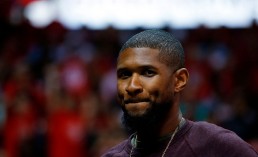 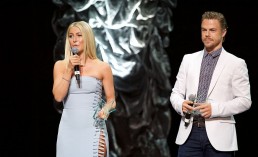