Scandal Season 6 is finally having its premiere on Jan. 26, 2017. So, it's officially time for fans of the show to get excited about what's going to happen next to Olivia Pope and all of the people in her life that are as complicated as she is.

Kerry Washington has said that the audience has waited long enough to find out who won the election. She added that fans will find out who won and who lost within the first 10 minutes of next episode. The show star promises that it was worth the wait.

So, the first episode of Season 6 will throw audience right into the action. However, it seems like Mellie Grant will not have the success that her fans might have hoped for.

Kerry was trying not to give any spoilers and she told DeGeneres that the crew shot the episodes way before the real election took place. She explained that it will be very hard to believe that they didn't know about their election and hinted that the election in Season 6 will not go the way anyone expects it to. So who is the likely winner in this scenario?

In the Scandal Season 5 finale, Cyrus became Frankie Vargas' potential VP and Jake became Mellie's running mate. As Frankie and Mellie are going head to head, the stakes are extremely high and according to Washington and the synopsis for the episode, the outcome of elections will be totally unexpected.

Recent reports say that Shonda Rhimes claimed that the new episodes of Scandal were not inspired by the actual elections. She said that if she wanted to that, she would have waited until after the elections to shoot the Season 6.

However, according to Washington's latest comments, it seems that Mellie doesn't win, particularly if she has seemed to reference Hillary Clinton to date. So, Washington's interview with DeGeneres reviles that audience might not get the election result they were hoping for... and maybe neither candidate will win.

Either way, Scandal returns on Jan. 26, 2017 and will give us with the perfect distraction from the current real-life political dramas... or not. Watch the official teaser below. 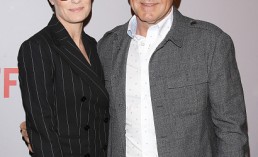 ‘House Of Cards’ 2017 Air Date, Spoilers: When Will Season 5 Premiere On Netflix? Claire Underwood To Become US President 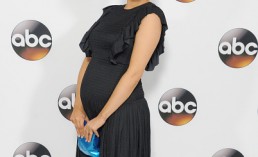 ‘Grey's Anatomy' Season 13 News: Camilla Luddington Is Pregnant And So Is Jo? Jo, Bailey And Arizona Going To Prison 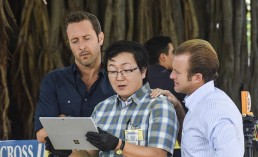