There is a big bang that is going to explode after the end of the 10th Season of The Big Bang Theory. Season 11 might not happen - at least not too soon or this year, after all!

One of America's favourite comedies has given rise to multiple speculations. It's the lead star, Jim Parsons, who holds all the cards.

Last year April was when the rumors began to spread. At that time, Jim Parsons, the beloved Sheldon Cooper of the CBS sitcom, spilt the beans to a scribe. He had said that the show would not go on, according to ibtimes.

But then, the claim was proved to be false, as all the fans found soon, to their joy. Even as the flip-flop continues, the latest news was thought to be "good news".

Earlier, Variety reported that The Big Bang Theory Season 11 might still take place, because of frantic negotiations. The cast would include Jim Parsons, Kaley Cuoco (Penny) and Johnny Galecki (Leonard).

"We are in negotiations, but it is definitely business as usual," CBS president for entertainment Glenn Geller was reported as saying. "We are guardedly optimistic that we will make a deal."

The Big Bang Theory Season 10 premiere draws 21.5 million total viewers, with series drawing more than $1 billion since the 2011 debut. However, while the stars could draw high salaries at that time, it appears that the new series might not be able to draw additional viewers. Hence, it is doubtful whether the stars can manage to get the hike they are looking for.

But that is not the only reason. It would certainly not be easy to manage Jim Parsons, who is overwhelmed with a number of projects apart from this pet show. It is doubtful whether he would be interested in returning for Season 11.

A Variety report said that he is currently assigned as a consultant and executive producer of a still-untitled show. He is also thinking that he could become a producer for The Terranauts, Lance 2.0, The Monarchy is Going to Sh*t and Lakeside VA.

As Jim Parsons is the fundamental backbone of the show, there seems to be no sense in coming up with the show without him. Season 11 all hinges on Parsons resuming the role of the hugely popular Sheldon. 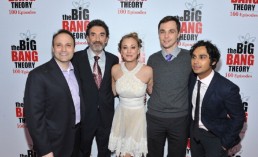 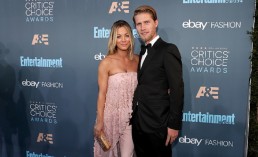