The Vampire Diaries is approaching its season finale and it seems that the series will feature the return of Caroline's mom; Elizabeth and Tyler in Mystic falls. Also, as Caroline sees Damon needs some help she will be lending her hand to assist the latter.

According to International Business Times, CW recently unveiled teaser photos for The Vampire Diaries' finale. The images indicated that Tyler Lockwood (Michael Trevino) will be back to Mystic Falls. It can be remembered that he died at the hands of Damon Salvatore (Ian Somerhalder) earlier, but it appears like he's bound to return. The freshly released pictures present Tyler in a stare down with his assassin and, as anticipated, he looks pissed.

With Tyler's return, his patrons may be pleased to see someone from a previous season. But then there has been news confirming that Tyler will not be the only acquainted face that will be coming back. The promotional images also show that Caroline's (Candice King) mother will have her appearance again. It is to be remembered that this character lost the fight against cancer in The Vampire Diaries Season 6.

Aside from that, TV Fanatic has learned that the official preview for The Vampire Diaries Season 8 Episode 10 will feature Damon crumbling and Caroline asks help to Sybil. It was known that Sybil and Caroline don't precisely see eye-to-eye, so it is perhaps expected that Caroline will get to Sybil through Stefan. Being the crazy siren who wanted to control everyone, Sybil will be telling Caroline that she has to make her own way into Damon's mind if she has any string hope of saving him.

For the patrons of The Vampire Diaries, next episode will air on Friday, January 27, on The CW in the US. Also, the TV series will also premiere in Australia on FOX8, so stay tuned. 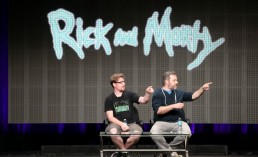