Fans of "The Bachelor" had better be prepared for an emotionally tense and charged Monday. For Season 21 Episode 5, the star Nick Viall will travel with competitors to New Orleans. That is the spot where he lands in a soup and then sends one rival packing.

It's a tight contest between Taylor Nolan and Corinne Olympios, which began in earlier episodes. It's a competition with a strange, new twist. Both of them leave for the first two-on-one date for the season, but there is one woman who is unable to get Nick's heart and attention.

In the fifth episode of Season 21, all the bachelorettes leave for New Orleans, according to TV Guide. But Nick opts for one of two women for a one-on-one date. Meanwhile, his 10 rivals undergo a rather stressful group date at an eerie plantation.

A couple of women are put into a situation of an "epic showdown" at Big Easy's mystical bayou. This is the situation in which they run into a number of voodoo devotees too.

ABC's Monday preview YouTube spoiler shows Corinne and Taylor into fisticuffs with each other. Taylor calls Corinne a "manipulative bi--h." Corinne retorts that "I'm nice until you cross me." She spills the beans to Nick, telling him that Taylor "emotionally attacked" her. She then kisses the 36-year-old software sales executive.

However, the sneak peek reveals that one of the two women is not going to last and will in fact end up sending the competitor packing.

Nick hands over the date rose to Corinne, sending Taylor into a rage, according to Reality Steve. Taylor feels rather insulted, and tells the 24-year-old business owner what she feels about the issue. However, Nick does not tolerate it either, and summarily kicks Taylor out.

Nick will have another one-on-one date with Rachel Lindsay at Café du Monde. But simultaneously, he goes on another group date with a group of ten women. They head towards a haunted plantation mansion.

Watch the show coming on air in the US every Monday at 8 p.m. on ABC. 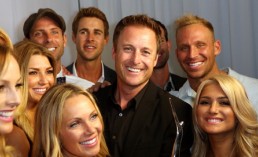 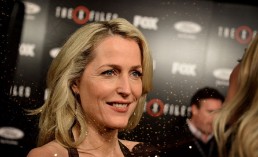 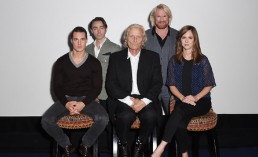 'The Last Kingdom' Season 2: What Happened To Uhtred And Why He Is Traumatized