Eminem calls out President Donald Trump and Ann Coulter in a new verse for Big Sean.

Eminem is back on the scene with a scathing new verse about American politics. The rapper is featured on Big Sean's new song, "No Favors", where he criticizes Trump and Coulter while name-checking Sandra Bland and Phlando Castile.

"I'm anti, can't no government handle a commando / Your man don't want it, Trump's a b---- / I'll make his whole brand go under," Eminem raps, of the president. He then moves on to Coulter and really digs in, rapping, "And f--- Ann Coulter with a Klan poster / With a lamp post, door handle shutter / A damn bolt cutter, a sandal, a can opener, a candle rubber / Piano, a flannel, sucker, some hand soap, butter / A banjo and manhole cover / Hand over the mouth and nose smother / Trample ran over the tramp with the Land Rover / The band, the Lambo, Hummer and Road Runner / Go ham donut or go Rambo, gotta make an example of her / That's for Sandra Bland ho and Philando."

Big Sean spoke about his collaboration with Eminem in a new interview with Entertainment Weekly, saying it was all a "crazy surprise" to him.

"I worked with [Eminem] previously on his song 'Detroit Vs. Everybody' [in 2014] and it was a big deal for me," he said. "And not just because we're from the same hometown but because he's one of the best ever. Ever. So I approached him about 'No Favors.' He told me he loved it but that he didn't know if he'd have time to do it."

.@eminem No Favors feels like back to back homeruns, you f---in destroyed this verse! Thank you for blessing the album w/ this! #Detroit pic.twitter.com/QFfLBgbQj3

Eminem previously rapped about Trump back in October on his freestyle "Campaign Speech", rapping, "Consider me a dangerous man / But you should be afraid of this dang candidate / You say Trump don't kiss a-- like a puppet? / 'Cause he runs his campaign with his own cash for the funding? / And that's what you wanted? / A f---in' loose cannon who's blunt with his hand on the button / Who doesn't have to answer to no one? / Great idea!" 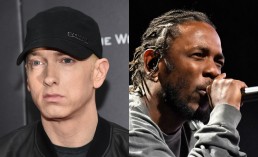 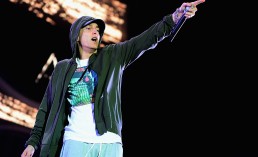 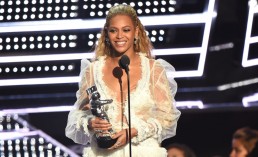