Sierra Dawn Thomas is one of the least threatening castaways to return for Survivor: Game Changers, and that may work to her benefit.

Many in the Survivor fan community bristled at the idea of Sierra returning for a second season, particularly for a season called Game Changers. While Sierra had a strong social game in her first season, Survivor: Worlds Apart, she didn't exactly stand out as an all-star compared to many of her fellow competitors, and she made very few big moves to warrant such a distinction.

Regardless, Survivor producers clearly see potential in Sierra, perhaps in the same way they took a chance on bringing back Amber Brkich or Parvati Shallow, who didn't make many waves in their original seasons but went on to win their respective second ones.

The young, under-the-radar female archetype returning for her second season has certainly worked out in the past, so will Sierra fulfill the role this time around? Let's take a look back on her first season.

In Survivor: Worlds Apart, Sierra was on the dominant Blue Collar tribe but was on the wrong side of the vote in her first Tribal Council. She had some clear tension with the rest of her Blue Collar tribe and expressed this in confessionals, but she never made the move to go against them. She stuck by her Blue Collar alliance even through the post-merge, despite the minority alliance trying on multiple occasions to get her to flip.

Sierra was clearly relying on her own likability in relation to her alliance-mates like Dan Foley, Rodney Lavoie Jr. and Will Sims II to potentially win in the end. However, her alliance realized how she hadn't made anyone angry on the jury and unanimously voted her out at Final 5.

Now, in Survivor: Game Changers, Sierra is ready to be more active in the game.

She notes that she focused heavily on her social game in Worlds Apart but knows that she needs to make big moves to get to the end and win the $1 million.

"Last time, I focused too much on my social game. I know it's important, but I need to use the friendships I make to an advantage," she says. "I want to make big moves, blindsides, and do things that make me worthy to win. I am a physically strong competitor. I am bound and determined to win the Immunity necklace numerous times!" 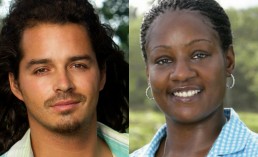 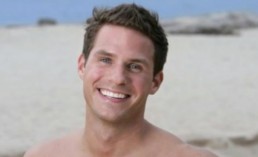 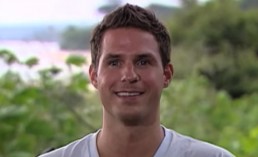