Amidst all the cancellation rumors, "Longmire" Season 6 will definitely come as Netflix officially announced its renewal. In fact, the 10-episode arc of the show's final chapter is about to be filmed as hinted by Katee Sackhoff.

The 36-year-old star, who plays the role of Victoria Moretti, can't hide her excitement to start the production of "Longmire" Season 6. On her Twitter account, Katee Sackhoff told her more than 200,000 followers the official filming of the much-awaited television series.

"We start filming March 22nd. Rest assured I have plenty of time! I will be there Day 1 filming #Longmire @netflix I promise!" the "Battlestar Galactica" tweeted. According to Yahoo News, Katee Sackhoff's role as Vic is one of the fan favorites for being romantically connected to Walt (Robert Taylor). In fact, viewers are waiting to see if their relationship is going to be official in "Longmire" Season 6.

We start filming March 22nd. Rest assured I have plenty of time! I will be there Day 1 filming #Longmire @netflix I promise! https://t.co/HeRth7w2Hh

There are also strong assumptions that Vic and Walt are going to get married in "Longmire" Season 6. But, fans should only take this with a grain of salt as nothing is official yet. Details of the crime drama series remain under wraps, thus viewers still have to wait for further news.

Meanwhile, the show's executive producers Greer Shephard, Hunt Baldwin and John Coveny gave their gratitude to Netflix for renewing "Longmire" Season 6. They said that the streaming network just gave them the ability to give justice to the television series' characters before it officially closes.

"We're committed to delivering a dynamic and satisfying conclusion to our fans that rewards their longtime loyalty," they told TVLine. Netflix's VP of original content Cindy Holland, on the other hand, revealed that they are proud that they are the home network of "Longmire" Season 6

Cindy Holland said that the show has a lot of followers and they are all captivated by Walt's unbelievable journey. Netflix has yet to announce the official release of "Longmire" Season 6 but it will definitely come this 2017. 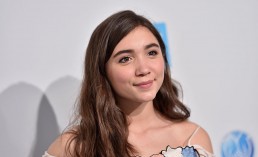 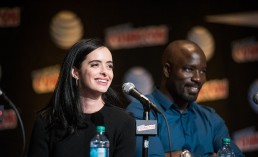 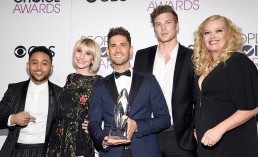