This year, History's action-adventure historical drama, "Vikings" season 5 is scheduled to come out and even though there are still a few months left for the fans and viewers to wait, excitement is already dominating. Spreading on the internet are different speculations regarding on the characters' futures on the upcoming season.

"Vikings" season 5 is reported to have a change in its storyline, with more intense face-to-face showdowns compared to the previous seasons. As it can be recalled on the fourth season finale that aired the first week of February, things did not go well with the Saxons and Travis Fimmel's character, the deceased Ragnar Lothbrok and his sons.

The Saxons had suffered losses and fans saw one of Ragnar's son, Sigurd, portrayed by David Lindstrom killed, not by any other character but Ragnar's other son, Alex Hogh's character, Ivar the Boneless. According to Entertainment Tonight, "Vikings" season 5 will highlight Ivar and the consequences he has to face for killing his own brother.

As per the report, Sigurd's death will not only take a toll on Ivar's potential claim to the throne his father left but will also cause conflict among his other brothers on "Vikings" season 5. They will reportedly go separate ways while fighting over who should be the one that takes over their late father's position.

Moreover, Ivar will also plan for a revenge against Katheryn Winnick's character, Lagertha, who Ragnar's son blames for his mother's death. This is why it has been speculated that the upcoming "Vikings" season 5 might be the last that fans will see Lagertha on the drama series.

Aside from this, in a report by Variety, it has also been speculated that Lagertha will have a battle against another character from the series. On the official trailer for "Vikings" season 5, Peter Franzen's character, King Harald Finehair was wearing a crown and Lagertha will reportedly hate him. Because of this, the two are expected on a face-to-face which many people think Lagertha won't have a chance of winning.

"Vikings" season 5 is expected to air November this year. 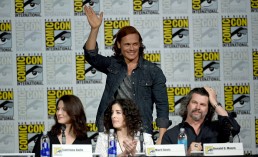 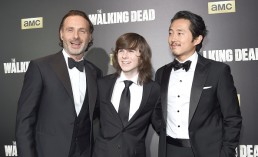