Fake news has become rampant nowadays and while others are taking minor steps to remove those invalid reports, someone is taking it to the next level. Whoopi Goldberg fights against it by taking legal action against a blogger who falsely accused her of criticizing the U.S. President, Donald Trump. She said that the fraudulent article did not only damage her name but also endangered her family.

Recently, Whoopi Goldberg claimed that a fake news page named UndergroundNewsReport.com had quoted her saying that the Navy SEAL widow Carryn Owens was looking for attention when she attended Trump's speech, as Deadline reported. The invalid report has not only put the "Whoopi's Littleburg" star itself at risk but also her relationship with several war veterans and other significant people.

Although Whoopi Golberg admitted that she was present in the U.S. President's speech before the congress, the 61-year-old actress denies the allegation of slamming the woman, as Celebeat cited. She also said that the author of the controversial fake news is a person "who just wanted to see how quickly stories he made up would spread."

Despite the claims of The Underground Report as a "news and political satire web publication," Whoopi Goldberg fails to understand the essence of its writing and instead, will push through with taking legal action against the writer. "I'm gonna get my lawyer and I'm coming for you," the "Sister Act" star fired back.
Meanwhile, The Underground Report writer responded about Whoopi Goldberg's plan of suing the site.

The writer stated that the site is indeed a "work of satire," therefore, it contains fake news and fictitious works. Nevertheless, Goldberg believes that the writer should have asked permission from the people involved in his/her writings and since this threatened her, her relationship with war veterans, and her family, she is firm on taking the site down.

What do you think of Whoopi Goldberg's legal plans? Do you think the writer only intended to convey a message in a satirical way? Let us know your thoughts in the comment box below. 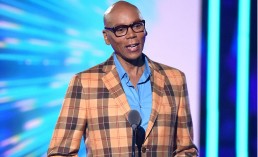 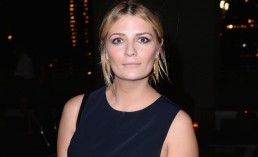 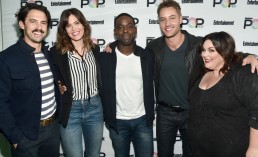 'This Is Us' Spoilers & Update: Jack's Other Side; Will This Be The End Of Him & Rebecca's Marriage?