'The Dark Knight Rises' female star who was once known for her awkward death scene gave birth to a new life! Marion Cotillard delivered her second child from longtime beau, Guillaume Canet. The couple had been together since 2007 and had a five-year-old son named Marcel.

As Harper Bazaar reported, Marion Cotillard first announced her pregnancy via Instagram in September. Following this, the 41-year-old actress fashionably showed her baby bump during Paris Fashion Week at a Dior show.

"Many years ago, I met the man of my life, father of our son and of the baby we are expecting," Marion Cotillard wrote as she prepares to reveal a wonderful news. "He is my love, my best friend, the only one that I need." Cotillard, 41, and Canet, 43, started dating in 2007.

Prior to being in a relationship for ten long years, the couple first starred in a film together entitled "Love Me If You Dare" in 2003. After three years, they began dating in 2007.

Meanwhile, People cited that Marion Cotillard and boyfriend Guillaume Canet had also worked in the film "Rock'n Roll," wherein her photos for the project had its debut via Instagram. The Oscar-winning actress was sophistically transformed and although her makeover made her look like a different person, she looked equally stunning as well.

However, despite their longtime relationship, the actress was linked to the Brangelina divorce as rumors suggest that Marion Cotillard and Brad were having an affair when they both starred in the film "Allied." But no further proofs were provided and in fact, the couple announced their pregnancy soon after.

As of now, Marion Cotillard and Canet had not revealed the name of their second child, a baby girl. Nevertheless, this will be a life-changing experience for the lovely couple despite the fact that this is not the first one. But still, this is a wonderful experience especially for the "Allied" actress and the "War Of The Buttons" actor. 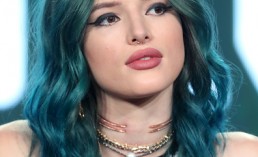 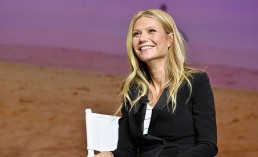