Emma Watson has again, became the center of attention but it's not merely because of her blockbuster movie "Beauty and the Beast" nor because of her Vogue photos. Instead, she's making a buzz because of her personal photos that leaked online. The "Harry Potter" star has planned to take legal action against the so-called "Fappening 2.0" photos.

As quoted by CNN, Emma Watson's representative gives a statement about the controversial photos, confirming that they are taking legal action as a response to the 26-year-old's leaked photos.

"Photos from a clothes fitting Emma had with a stylist a couple of years ago have been stolen," Watson's representative says. "Lawyers have been instructed and we are not commenting further." The representative also confirmed that those leaked photos weren't nude at all.

In 2014, "The Fappening" emerged as the term used for the hacked photos and videos of many celebrities. According to Celebeat, the hacker hacked iCloud, the Apple cloud storage infrastructure, and this gave him access to disclose a plethora of celebrities' snaps. Sadly, in 2015, Emma Watson announced that her private nude photos will be released.

Although Emma Watson denied the claims of such photos, it was reported that this week, celebrities such as Mischa Barton and Amanda Seyfried's personal photos leaked online, and unfortunately, it includes her's as well. The latest disturbance was tagged as "The Fappening 2.0," a sequel of the leaked private photos of different celebrities.

This year's series of leaked snaps involve Emma Watson as one of its latest victims. Because of this, "The Perks of Being a Wallflower" actress responds to the threat by planning to take legal action against the hacker, due to the intrusion of her personal properties. 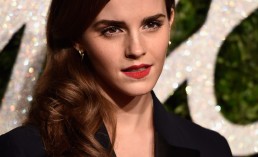 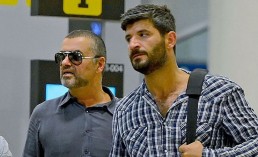