A lot of fans have been waiting for the "Criminal Minds" Season 12 to air and it appears that Thomas Gibson will return to the show. It can be recalled that the "Chicago Hope" actor has been dismissed to the TV series but now, predictions suggests that he will make a comeback.

According to Entertainment Tonight, the avid viewers of "Criminal Minds" are expecting that they could still see Gibson in the "Criminal Minds" Season 12 despite being dismissed. It has been noted that the "Chicago Hope" actor can only be seen in the first two episodes of the upcoming season.

The patrons who are waiting for the "Criminal Minds" Season 12 might be delighted as there has been a speculation that Gibson could perhaps make a comeback. It was also worth mentioning that the plotline of the popular TV series is highly affected to the disappearance of Aaron "Hotch" Hotchner. It is also unmanageable to end the show without even having a closure to the lead character's unexpected exit.

Furthermore, Korea Portal has learned the main reason why Gibson has been terminated from the "Criminal minds" Season 12. The "Chicago Hope" actor stated that he and Virgil Williams had some divergences which later on had turned into a feud between them on production. Gibson further added that he opposed a line but Virgil Williams has asserted that they really have to state those words to make the story effective. Afterward when he returned to the set and as he started having a chat with his co-stars in "Criminal Minds" Season 12, another scenario has occurred.

Gibson narrated that Williams came into the room and he started coming near him and as the writer brushed past the "Chicago Hope" actor, he tapped him on the leg. "If I hadn't moved, he would have run into me. We had some choice words, for which I apologized the next day, and that was it. It was over. We shot the scene, I went home - and I never got to go back," Gibson further clarified.

As of this moment, Gibson hasn't confirmed his return to "Criminal Minds" Season 12 but then the patrons of the series still hope that he will make a comeback. Moreover, the upcoming "Criminal Minds" season is expected to premiere on Sept. 28 on CBS. 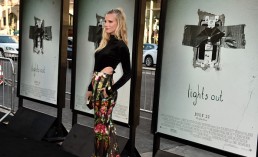 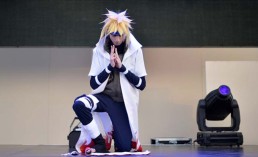