Tomorrow will be quite a special time for fans of the popular superhero team-up television series, "Legends of Tomorrow," as The CW finally airs the show's second season finale episode. The network had actually already released the trailer for the final episode, but this time they have released some brand new footage in the form of a new extended trailer.

"Legends of Tomorrow" season 2 had mainly focused on the Spear of Destiny and how it finally landed in the hands of the Legion of Doom. This week's episode is set to finally wrap up the events so far and hopefully, put the altered timeline into its rightful place. However, based on the new trailer, it seems like the Legends might have to break some time traveling rules of their own in order to eliminate the new Doomworld reality created by the Legion.

According to a report from Bleeding Cool, the Legends are basically planning to go back in time to 1916 to stop the Legion from acquiring the Spear of Destiny. Given the complexities of time travel, this does result in a few paradoxes to occur. As the trailer has revealed, the Legends will apparently be meeting themselves in the past, which means that there will be two sets of Legends.

The Legion finds out their plans and also goes back to the past. As of the moment, no real details have yet to be revealed regarding the Legends' plan of action, but the lack of information only serves to increase the anticipation for the upcoming new episode.

As per a report from Screen Rant, the final episode will be seeing the return of Rip Hunter, played by Arthur Darvill, after his absence on Doomworld. The former Time Master from the 22nd century looks like he will be a vital part of the Legends' efforts to restore the timeline. Another interesting scene also shows the appearance of Black Flash, which indicates that one of the speedsters will meet his end in the episode. 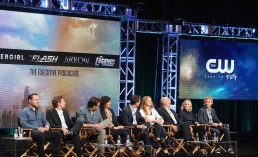 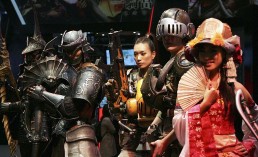 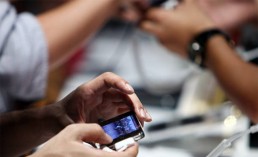