Marvel President, Kevin Feige, has reconfirmed the reason why the studio has yet to reveal the official title of "Avengers 4," and it is all because it could spoil the highly anticipated "Avengers: Infinity War."

Feige, while speaking with Cinemablend during a press day for "Guardians of the Galaxy Vol. 2" last week, reconfirmed that Joe and Anthony Russo's comment about "Avengers 4" title was in fact accurate. To refresh the memories, the same publication asked the director brothers last year if the fourth "Avengers" movie's title could spoil "Avengers: Infinity War," and they both seemingly confirmed it to be the case.

"We wanted the movie to be very different and distinctive, you know," Joe said at the time. "There's certainly cross-pollination between characters and some story-arcs, but you know, the first movie is very clearly Avengers: Infinity War and, in time, we will reveal what the second film is."

As what many fans might recall, "Avengers: Infinity War" was originally announced as a two-part movie, as reported by GameSpot. But Marvel had to change its plans to make "Avengers 4" a totally different one. Because of that, enthusiasts are now wondering if Thanos (Josh Brolin) would return in the fourth movie.

Feige, unfortunately, was somehow vague in his answer when asked by Cinemablend. "They're two very different movies. That's all I'll say," he said.

"Avengers: Infinity War" has already started filming and "Avengers 4" won't start production until the third massive superhero film wraps up. According to Collider, the fourth movie could enter production around August 2017.

There is still no indication on when Marvel will officially announce the title for "Avengers 4." But based on the comments from Feige and the Russo brothers, it is safe to assume that it will be out sometime next year - after "Avengers: Infinity War" hits cinemas on May 4, 2018. 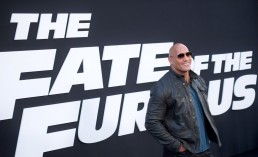 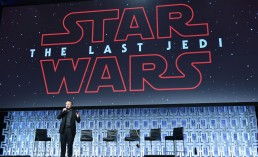