Brad Pitt's mom, Jane Pitt, has allegedly moved in with the actor following the nasty divorce with ex-wife Angelina Jolie.

According to an unnamed source close to the matter, Jane has allegedly moved in with Brad Pitt after going through the nasty divorce with Jolie to take care of him, Radar Online reported. "Brad's mom has moved in with him to make sure he's taking care of himself," the supposed insider said. "He's lost a lot of weight and Jane's worried about him."

"She just wants to keep an eye on him," the yet to be named source alleges. "Brad doesn't have a lot of friends to begin with, and now that people are taking sides over the divorce, he's more than happy to have her around."

However, not every news outlet seems to agree with what the latest reports claim. Gossip Cop has reported that the claims are nothing more but false. The publication has supposedly contacted Pitt's representative and has allegedly confirmed that Jane hasn't moved in with the "Mr. and Mrs. Smith" actor.

No official word yet coming from the 53-year-old actor regarding the claims - whether they are false or not. With that being said, it's highly advisable for the fans of the "Ocean's Eleven" actor to take this one with a tiny pinch of salt.

Meanwhile, Entertainment Tonight has reported that Pitt has recently had his first overnight stay with his six children Maddox, 15, Shiloh, 10, Pax, 13, Zahara, 12 and 8-year-old twins, Vivienne and Knox since the split with Jolie. It was also reported that the kids' nannies were also present during the overnight visit. Jolie, according to the source who spoke with ET, is the one who employed the nannies, further explaining that she "is the one with sole physical custody of the children" and not Pitt. 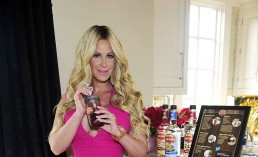