DeMario Jackson might be gone but the shadiness with the guys still remains as ABC's The Bachelorette continues as one guy is ousted for lying.

In the teaser, fans see Kenny confronting none other than Lee.

Lee certainly stirred up trouble last week as he attempted to instigate drama between a fellow contestant, Eric and Rachel Lindsay.

"I'm on Kenny's side. I hope Kenny punches Lee in the face." Dean confidently admitted.

It turns out Lee was pretty shady when he got double time with Rachel, but it cost him his budding friendship with Kenny.

"You took advantage of our 'friendship' to get more time with Rachel," Kenny said, making his statement complete with air quotes around the word "friendship."

Lee maintained that he would never intentionally do that to Kenny.

Interestingly enough, unlike other situations when the guys ran to Rachel to tell her about their beef with one another, Rachel actually overheard this confrontation herself.

Rachel figured out that Lee was the man Kenny was going off as his voice got louder.

While Lee denied it to Kenny's face, he had a cryptic statement during a confessional.

"I gotta do what I gotta do. And sometimes that's gonna make me look like the bad guy. Kenny, you're going home."

Fans will have to tune into the full episode to see if Kenny will actually go home or if Rachel will recognize Kenny's ways.

Check out the teaser below and keep up with Enstars for the latest. 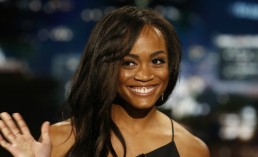 'The Bachelorette' Spoilers: Rachel Lindsay Deals With More Drama From The Guys [VIDEO]