Could Kris Jenner be striking up a romance with her former stepsons' stepfather, David Foster?

According to a new report, Jenner was recently spotted out with David Foster, the former stepfather of Brody and Brandon Jenner. As fans may recall, Foster was married to the boys' mother, Linda Thompson from 1991 until 2005.

"When diners at LA hot spot Craig’s saw Kris Jenner and David Foster at an intimate meal together, they assumed the pair were on a date," Page Six revealed to readers last week.

An eyewitness told the outlet that the potential new couple was holding hands and claimed that Jenner kissed Foster on the cheek during their night out.

coming for you Winnipeg!!!

However, when it comes to an alleged romance, the idea may be unlikely. After all, Jenner and Foster have been friends for years and are practically family.

The outlet also claimed that friends of the Kardashian matriarch have confirmed she is still dating Corey Gamble.

Kris Jenner, 61, and Corey Gamble, 36, began dating at the end of 2014 and have reportedly been on-and-off in recent months.

“Kris is still seeing Corey. Sometimes they seem fine and sometimes not great,” a source told People magazine at the end of last month. “[Their] relationship is more business than romantic.”

“Kris is basically his sugar mama,” said the source.“They will never get married.”

Earlier this year, during an appearance on The Ellen Degeneres Show, Jenner admitted that a third marriage was unlikely.

“You know, I’ve done that twice and it didn’t work out so well,” Jenner told DeGeneres in February. “So I don’t know — you never know. I’m going to take a page out of Goldie and Kurt’s book. Or Kourtney’s book. I think as long as things are going so well, why ruffle it up?” 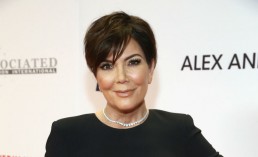 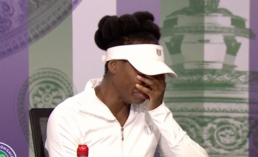