LuAnn De Lesseps is opening up about her failed marriage to Tom D'Agostino.

During an appearance on The Wendy Williams Show, the Real Housewives of New York City star opened up about her plans for divorce and revealed the final straw of her relationship.

"I don't live with regrets. I mean, it was a part of my life that I was in love," De Lesseps explained to Wendy Williams, according to a report by E! News on October 18.

"It was a beautiful wedding. It was his birthday. It was gorgeous. It was beautiful. It was one hell of a party," she added. "I don't regret it, I don't take the pictures down, I'm not that kind of person. I don't, you know, live in the past. It's part of my life and that's how I live. I live adventurously, I live with love and I'm not afraid to love either, I', not afraid to take chances and live my life."

Speaking of the "last straw," De Lesseps hinted that other women were involved.

"The last straw was, you know, just between, you know, the women, the press, him going out, me getting phone calls, pictures of him at bars, at the same bars where he frequents all the time—which I asked him not to go to," she told Williams. "So it just kept happening and I just, I got to a certain point where you just get, I got totally fed up, I couldn't do it anymore, I just couldn't do it anymore...I was unhappy and I think he was unhappy too, I think he wanted to keep his lifestyle."

D'Agostino released a statement about their split weeks ago, suggesting that the alleged reason behind their split had been manifacture for the Bravo reality series.

"I fell in love, got married quickly and am very sad that two people in love are not together. The publicized reasons for the divorce make for a great Reality TV story line. I wish Luann much happiness and love," he said. 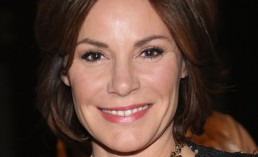 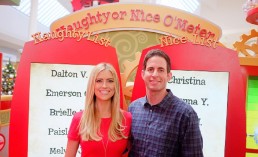