During an appearance on Andy Cohen's late-night talk show, Watch What Happens Live, earlier this week, the Real Housewives of New York City star's co-star and friend, Dorinda Medley, set the record straight after being asked about D'Agostino's potential engagement.

"Absolutely not," she responded, according to a report by The Daily Dish on October 5.

Last month, afte being photographed wearing a large diamond ring while out in NYC with D'Agostino, Rothschild commented on the rumors regarding their alleged engagement.

“We’re best friends for 15 years. I adore Tom... I would love to marry Tom because he’s such a great guy, but it’s bad timing for both of us,” she explained to Page Six.

While Rothschild was sporting a $2 million ring while out in the Big Apple weeks ago, she noted that the ring was not from D'Agostino. Instead, it was a gift from someone she would not name.

As for De Lesseps, she's been focusing on her famiy and enjoying a number of vacations since she and D'Agostino split in August after just seven months of marriage. As fans will recall, the couple tied the knot on December 31, 2016.

For more on LuAnn De Lesseps' split from Tom D'Agostino, check out her Watch What Happens Live one-on-one special with Andy Cohen below. 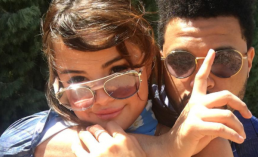