Just when it seemed like the drama between NeNe Leakes and Kim Zolciak Biermann was dying down for a bit, Biermann is now feuding publicly with another star of Bravo’s The Real Housewives of Atlanta, Kenya Moore. And the ladies have plenty to say to one another just days ahead of the season 10 premiere.

Fans saw Moore and Biermann battle it when Zolciak made a cameo or two last season. But now it looks like their feud is still head on months later.

“The truth is, no one is excited for Kim to be back on the show,” Moore told US Weekly Thursday. “I’ve said, ‘I like Kim, I know that she’s not on the show anymore but she seems like a straightforward girl and I like a girl who’s straightforward. Flash forward to her just basically going out in the world and saying she hates me and these terrible things.”

Interestingly enough, Moore tosses Biermann’s daughter, Brielle Biermann into the mix in a clip of what’s to come in the new episodes. She outs Zolciak for “pimping out” her daughter in the teaser. Viewers might remember Moore and Brielle got into a heated back-and-forth on social media as well. Moore added that she typically doesn't tune in to Zolciak's popular spinoff Tardy for the Party in order to see her parenting skills up close and personal. She added that she reads and hears enough about her to figure it out.

Kim had a few words for Moore after she caught wind of what Moore had to say about her.

“She doesn’t know me. She didn’t know me pregnant. I can count on two hands how many times I’ve been around this lady, and it’s never been once without a camera” Kim told US Weekly. “She has no idea who I am. She’s a fan. She reads about me.”

Moore did admit that she “was a fan” of Kim before she had her own encounters and interactions with her.

Kim was an original cast member of the show and left after season five. That season also marked Moore’s first season on the popular reality series. Now Kim is set to return as a recurring star.

The Real Housewives of Atlanta returns for its tenth season on Bravo Sunday at 8/7c. Be sure to keep up with Enstars for the latest. 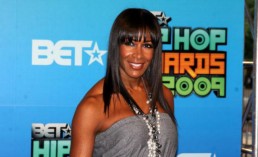 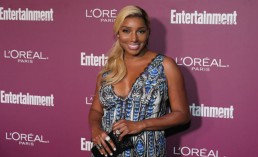 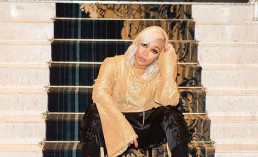