Miss Universe 2017 is nearly here and here are all the details to know ahead of the most-watched beauty pageant in the world every year.

The Miss Universe 2017 will kick off at 7 p.m. EST on Sunday, Nov. 26 and is scheduled to take place at The AXIS at Planet Hollywood in Las Vegas, Nevada. The event will be broadcasted live on Fox.

Despite his blunder in 2015, Steve Harvey will be returning to host the international competition this year. Plus-size model Ashley Graham will be co-hosting the event with Harvey.

For those who have been living under a rock, Harvey famously announced Miss Columbia, Ariadna Gutiérrez, as the winner of the competition by mistake instead of the pageant's actual winner, Miss Philippines, Pia Wurtzbach. The television personality also hosted last year's competition.

Viewers can vote for their favorite contestants and help them get one step closer to the coveted Miss Universe crown on the official website.

One can also cast their votes via Twitter by adding the hashtag #MissUniverse along with a hashtag of the country they wish to vote for. The Miss Universe organization will also consider retweets as a vote.

Voting is officially OPEN! Vote for your favorite contestant to earn a spot in semifinals. There are 2 ways to vote: 1) Visit https://t.co/RpYjy28x8q AND 2) Tweet by using #MissUniverse and #Country. Take advantage by retweeting. Powered by @Telescope_Inc. pic.twitter.com/yQy8aSpAsa

However, voters must hurry up and cast their votes as soon as possible. They are only eligible to vote until the coronation night on Sunday.

How Many Contestants Are Competing This Year

There are 92 women from around the globe who will compete for the Miss Universe title this year, surpassing the show's previous highest record of 89 contestants in 2011 and 2012. The competition also requires all candidates must be between the age of 18 and 28. They are not qualified to join the pageant if they are married or have children.

Each one of the 92 women will be judged based on three categories, which include swimsuit or athletic wear, an evening gown, and the personality interview.

Who Are The Favorites To Win?

Out of the 92 women representing their countries in the competition, pageant experts have tipped two lovely ladies that will likely win the competition after the preliminary round of the annual international pageant: Thailand's Maria Poonlertlarrp and Philippines' Rachel Peters.

Porntip Nakhirunkanok was the last woman to claim the Miss Universe title for Thailand in 1988 while Pia Wurtzbach made the Philippines proud by winning the competition in 2015. 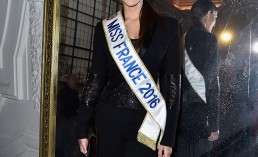 Miss Universe 2016 Iris Mittenaere Said That New York City Reminds Her of Paris, France; What Does She Love About New York?

Miss France Bags Mis Universe Title After 64 Years, Who Is Iris Mittenaere & What Are Her Advocacies? 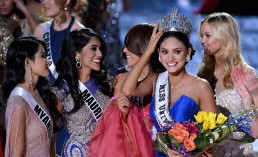