Richard Branson was recently accused by singer Antonia Jenae of sexual assault. However, the billionaire said that he has no recollection of what happened to him and Jenae seven years ago.

Jenae alleged that the sexual harassment took place following a party on Branson's Necker Island in 2010. The singer, who previously served as backup for Joss Stone, claimed that Branson stuck his head between her breasts and motorboated her.

According to Jenae, she and Stone were so shocked over what just happened that they weren't able to react immediately. The singer didn't manage to complain about the incident because she was too stunned.

"Everyone was wondering why I wasn't angry because I'm usually a firebrand. But I was too shocked," said Jenae.

The "Purple Haze" singer also claimed that Branson urged her to get naked and to show her breasts to him, however, Jenae refused. A day after the alleged assault, Branson acted like nothing happened. He invited the backup singer on a plane back to the country with him and his wife.

Following the singer's revelations, a rep for the business magnate confirmed that Branson hosted a party in 2010. However, he also said that no one seemed upset when they left the venue. Branson's rep claimed that his client has no recollection of what transpired between him and Jenae.

"There would never have been any intention to offend or make anyone feel uncomfortable. Richard apologizes if anyone felt that way," said Branson's spokesperson.

Other Personalities Accused Of Sexual Assault

Branson is the latest public figure to be accused of sexual assault in recent weeks. Last month, producer Harvey Weinstein went under fire for sexually abusing multiple women in the industry. The former head of The Weinstein Company, later on, apologized for his misconduct.

Also, Backstreet Boys member, Nick Carter, was accused of rape by singer Melissa Schuman. The former member of the all-girl group, Dream, claimed that Carter sexually abused her when she was just 18 years old, and he was 22. Carter released a statement following the incident and said that everything that happened between him and Schuman was consensual.

Gossip Girl alum, Ed Westwick, was also accused by at least three women of rape. The actor has since denied the complaints. American Idol reboot host, Ryan Seacrest, was also accused of misconduct by his former wardrobe stylist.

Rocky lead star Sylvester Stallone was also accused of sexual assault by an unnamed woman who refused to file a complaint back in the 1980s. She recently came forward about the incident, however, Stallone's rep vehemently denied the allegations. 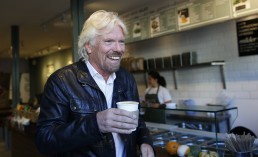 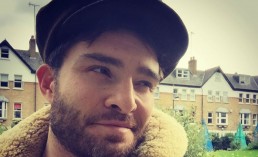