Christian Louboutin has teamed up with Disney to create a range of shoes inspired by Star Wars: The Last Jedi. The proceeds from the footwear will be donated to Force for Change charity.

Where To Bid For Christian Louboutin's 'Star Wars' Shoes?

Louboutin has created five pairs of shoes inspired by Star Wars: The Last Jedi characters. Four of the five pairs already went up for bidding on Thursday via Charity Buzz's online auction site.

The fifth pair will be unveiled on Saturday, Dec. 9, at the Los Angeles premiere of the eighth episode of the Star Wars saga. The mystery shoes are expected to be enclosed in a red crystal display case and will be presented on the red carpet.

Louboutin's signature red color also plays a crucial role in his partnership with Disney's Lucasfilm. The French shoe designer is known for his red sole. This is why he immediately understood why he was chosen to design the five unique pairs of footwear.

"At first sight, the Star Wars universe and mine seemed far away from one another, but when I saw the pictures of the red planet Crait, I instantly understood where it connected and why they had thought of me," said Louboutin.

When asked why Louboutin did not create a pair inspired by Carrie Fisher's character, Leia, the designer said that the late actress is almost all of the characters rolled into one.

"She has been powerful, funny, feminine, dominating, fragile, secretive, delicate, shy, respected, lonely. There is a part of her character that goes to every single character," Louboutin explained.

Prior to creating his designs, Louboutin asked the heads of Lucasfilm to send him a copy of Star Wars: The Last Jedi. The designer was unaware of how secretive the team is when it comes to their upcoming projects.

Instead of receiving a copy of the film, Louboutin flew out to Lucasfilm's headquarters in San Francisco to watch the final cut of the movie.

"They put me in this virtual-reality thing. I was in the cabin of a spaceship and had a discussion with a robot," said the designer.

Meanwhile, his recent collaboration with Disney marks his third partnership with the company. The famed designer previously created signature designs for Maleficent and Cinderella. 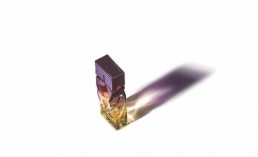 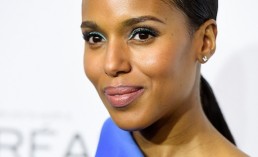 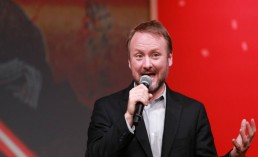