John Legend is about to portray a divine role on live television. He will be playing Jesus in the NBC adaptation of Jesus Christ Superstar.

The 10-time Grammy-winning singer-songwriter is expected to portray the lead role when NBC brings the classic Sir Andrew Lloyd Webber and Tim Rice-penned musical to life.

"I'm thrilled to join the cast of this production of Jesus Christ Superstar Live in Concert. It's such a powerful, meaningful musical and I'm humbled to be part of this performance," said Legend. "We've already formed an incredible team, and as we finish casting, I'm certain we will put together some of the greatest talents around to do this work justice."

In addition to portraying Jesus, Legend will also be one of the production's executive producers. He is expected to reunite with a few of his collaborators including Marc Platt, Craig Zadan, and Neil Meron. All three men have worked with Legend previously at numerous Oscar ceremonies. Sir Andrew Lloyd Webber and Tim Rice are also expected to be executive producers.

Year Of The Legend

Legend's casting as the legendary holy man marks another milestone for the singer-songwriter. He re-recorded the classic love song "Beauty and the Beast" with Ariana Grande for the live action production of Beauty and the Beast. He also performed several songs from the hit musical La La Land at the Academy Awards in February. Also, Legend won a Tony Award for being a co-producer in the revival of August Wilson's Jitney. Recently, the Recording Academy announced that Legend would participate in the Elton John tribute concert: Elton John: I'm Still Standing. The Madison Square Garden event will take place on Jan. 30, 2018 and will air the show on CBS in the future.

Outside of John Legend as Jesus, rock icon Alice Cooper has been cast as King Herod. While NBC has not precisely announced who will join Legend and Cooper in this production, the network is expected to look for musicians and recording artists to fill the musical's critical roles.

"We want to fill out this classic show with as many recording artists as possible to give proper voice to what is the original rock opera score," said Robert Greenblatt, chairman of NBC Entertainment.

Legend, Cooper, and their yet to be announced cast members will perform the classic Broadway musical in front on an audience at Brooklyn's Marcy Armory on Easter Sunday, which is April 1, 2018. 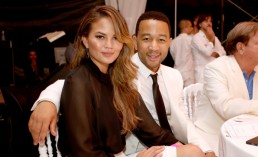 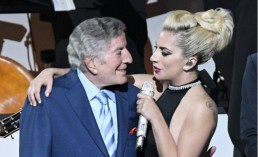