Lamar Odom is said to be quite upset about Khloe Kardashian's recent baby news.

Following Kardashian's confirmation on Instagram on Wednesday, a report claims the former basketball star is glad to see his ex-wife so happy. He is also feeling sad, at the same time, that the 33-year-old Keeping Up With the Kardashians star isn't starting a family with him.

“Lamar is happy for Khloe but that doesn’t mean this doesn’t hurt, it’s heartbreaking for him that she’s having a baby with someone else,” an insider told Hollywood Life on Dec. 21. “He‘s not over Khloe, their divorce is still a painful subject for him and one of his biggest regrets is that he wasn’t able to get her pregnant.”

Kardashian and Odom got married in 2009 after just 30 days of dating and four years later as news of his alleged drug use and affairs began to swirl, they called it quits. However, after a major delay in their divorce proceedings, the former couple sparked rumors of a reunion after Odom suffered an overdose in Las Vegas. As fans will recall, Kardashian and her entire family rushed to Odom's side after learning he was in a coma and remained at his side as he recovered.

Although many believed Kardashian and Odom were reconciling, things between them came to an end in early 2016 as drug rumors began to swirl again.  Months later, Kardashian refiled documents to end their marriage.

Then, in August of that year, she began dating Tristan Thompson of the Cleveland Cavaliers. As Kardashian and Thompson prepare for the birth of their first child and a possible wedding, Odom is reportedly doing his best to cope with his ex-wife's baby news as those around him continue to give him grief.

The source went on to reveal that Odom was particularly upset by the way in which Kardashian announced her news and spotlighted God's timing.

In her Dec. 20 statement to fans on Instagram, which included the first look at her bare baby bump, Kardashian opened up about God's timing and thanked Thompson for making her a mother.

“I had been waiting and wondering but God had a plan all along,” Kardashian wrote with her pregnancy announcement. “He knew what He was doing. I simply had to trust in Him and be patient. Tristan, thank you for loving me the way that you do! Thank you for making me a MOMMY!!!” 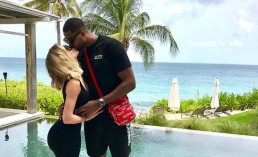 Are Khloe Kardashian And Tristan Thompson Getting Married? 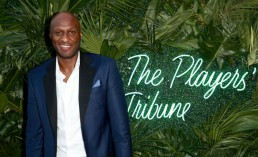 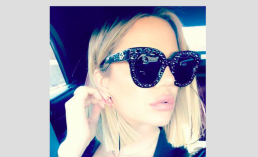