"Who's that girl?" Get ready to hear this endearing tune for the last time. Fox's hit series New Girl will be airing its last season this spring.

The hit comedy show that has entertained audiences for the past seven years will premiere on April 10 at 9:30 p.m., and the two-part finale will air on May 15.

The seventh season will pick up three years into the future from where the previous season left off. In the season 6 finale, leading lady Jess Day (Zooey Deschanel) returned to California to tell her best friend and ex-boyfriend, Nick Miller (Jake Johnson), she's was still in love with him. Of course, at first, this was a complicated situation, as Nick was in an unrealistic relationship with Reagan Lucas (Megan Fox). However, things worked itself out. Nick and Reagan spilt, and Nick and Jess were last seen rekindling their relationship in the elevator.

In the time jump, the couple will still be together and returning from a book tour in England. Jess and Nick will also be walking down the aisle as pictures have teased the two dressed in wedding attire.

Also in the previous season, it was revealed that newly married couple, Cece and Schmidt (Hannah Simone and Max Greenfield) were expecting their first child. It has been revealed that in the three-year time jump, the two will be parents to an adorable girl named Ruth, and Schmidt will be a stay-at-home dad while Cece's career continues to soar.

Fellow loft mate, Winston (Lamorne Morris) proposed to his girlfriend and former partner, Aly (Nasim Pedrad), in season 6, and in the finale, Aly found Winston's long-lost father. In season 7, Winston and Aly will be married and expecting a child of their own. Winston's father, played by actor J. B. Smoove, will finally meet his son in an emotionally geared episode that Morris directed himself.

The finale season will contain eight episodes. Though this will be the final chapter for the beloved group of rambunctious misfits, fans of the series can still binge-watch the earlier seasons on Netflix. 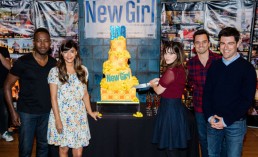 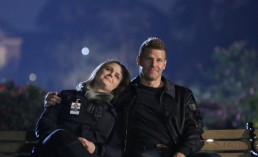 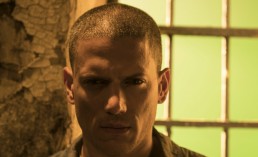