Director Woody Allen is putting a longstanding accusation to rest. After his daughter, Dylan Farrow, spoke on television for the first time to elaborate on the abuse she allegedly endured from him, Allen addressed everything discussed in the interview while also stating this will be the last time he will do so.

Allen has been accused by his daughter of molesting and sexually abusing her when she was a child. He denied the accusation when it was first brought to light and hadn't spoken on the matter after it was investigated. Recently however, Farrow, now 32, sat down with Gayle King from CBS This Morning to speak about her allegations for the first time in public.

Allen responded to his daughter's accusations once again by stating that Farrow is still suffering from being fed lies by her mother, actress Mia Farrow.

Allen further stated that the original accusations were fully investigated by the Child Sexual Abuse Clinic of the Yale-New Haven Hospital and New York State Child Welfare, and that there were no findings of any sexual assault.

"It seems to have worked -- and, sadly, I'm sure Dylan truly believes what she says. But even though the Farrow family is cynically using the opportunity afforded by the Time's Up movement to repeat this discredited allegation, that doesn't make it any more true today than it was in the past. I never molested my daughter -- as all investigations concluded a quarter of a century ago," Allen stated.

Allen also claimed that Farrow's brother, Moses, admitted that his mother "brainwashed" him and tried to turn him against Allen while the coupe were going through a custody battle over the children.

Farrow had also written an opinion piece for the Los Angeles Times where she slammed Hollywood and the #MeToo movement for scrutinizing men like Harvey Weinstein and Kevin Spacey but overlooking her father.

She also called out several actresses that continued to work with Allen but publicly distanced themselves from Weinstein.

During the interview with King, Farrow stated Allen sexually assaulted in the attic of their old home. Farrow continued that Allen would follow her everywhere and would always want to get in bed with her.

"I loved my father, I respected him. He was my hero. And that doesn't obviously take away from what he did. But it does make the betrayal and the hurt that much more intense," Farrow stated in the interview.

Farrow also admitted she is trying to "take her father down" and that she has every right to be "angry".

Because of Farrow's story, Allen has begun to lose credibility in Hollywood with certain actors and actresses. Greta Gerwig, Mira Sorvino, and Rebecca Hall have all publicly distanced themselves from Allen stating that they will no longer with him in future projects.

Watch a clip of the interview with Farrow below. 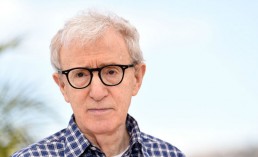 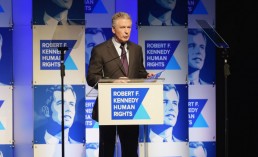 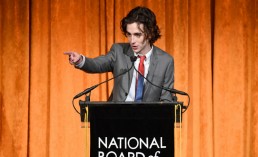