There is strength in numbers, and that hasn't been truer in the last few months.

After once celebrated film mogul Harvey Weinstein was outed as a sexual abuser and predator, women and men banded together to show support and love to all of his sexually assaulted victims.

One of the trends that became a global movement was the #MeToo social media campaign. Charmed actress Alyssa Milano was a vigorous supporter of the hashtag.

She helped it go viral again when she tweeted that she was sexually assaulted as well. Her tweet garnered thousands of responses from celebrities and fans across the world.

The next campaign that was brought to life in response to the ongoing sexual harassment epidemic was Time's Up. The recent movement has more than 300 people attached to it, including several elite women in Hollywood such as Oprah Winfrey, Reese Witherspoon, and Shonda Rhimes.

On Saturday, Jan. 20, another movement of power took place from New York to California. Women joined together for the Women's March 2018.

The Women's March 2018 took place in major cities the world. Several celebrity women also came out to give empowering speeches of hope, encouragement, and what changes need to be made to create a better future for everyone.

How to Get Away with Murder actress Viola Davis spoke at the Los Angeles movement. She stated that everyone has to continue to fight for what's right and speak for the ones who still suffer in silence.

"I am speaking today not just for the 'Me Toos, because I was a 'Me Too,' but when I raise my hand, I am aware of all the women who are still in silence," Davis stated during her emotional speech.

Actress and activist Whoopi Goldberg spoke at the New York City march. too. Goldberg urged that change is possible to happen if there is a commitment to making it happen.

"We have to decide that the people who represent us have to represent all of us. They can't represent some of us," Goldberg said.

Moreover, singer Halsey read the empowering poem "A Story Like Mine" in New York City while actress Alyssa Milano also spoke at the said event in Los Angeles. 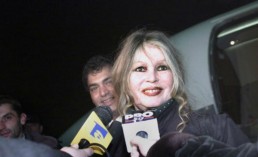 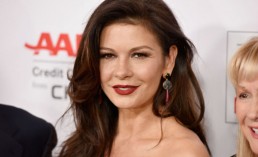 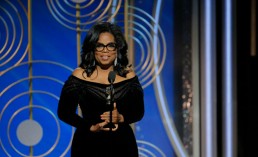