A 43-year-old man was taken into custody on Friday, Feb. 5 after he threatened to abduct singer Lana Del Rey.

The man, identified as Michael Hunt, was arrested by police after he showed up outside the "Lust for Life" singer's concert in Orlando with a 3-inch folding knife, tickets to the show, and an intention to kidnap Rey.

Hunt has been booked on charges of aggravated stalking and attempted kidnapping with a weapon. The cops apprehended the suspect before he made his way into the Amway Center, where Del Rey was performing.

Police said they acted on a tip-off they received earlier in the day from a caller who notified them of several "cryptic and threatening" posts shared by Hunt on social media about the singer in the days leading up to her show.

Orlando police officers found Hunt's statements to be a concern for Del Rey's safety after he shared posts proclaiming his love for the singer and expressing his intent to be with her.

"I want to see my queen on Friday and from that day forward our decisions will be as one," Hunt wrote in one of his posts. In a separate live video posted on his Facebook page, he spoke about his intention to "get together" with Rey, whose real name is Elizabeth Grant.

A turnout of 8,000 concertgoers were expected to attend Del Rey's show in Orlando but the tip-off helped police officers nab the suspect a block away from the venue about an hour after the show started.

This isn't Hunt's first run-in with the law. He has previously served prison sentences for crimes including marijuana possession, grand theft of a motor vehicle, and grand theft with a firearm, according to records obtained from the Florida Department of Corrections.

His most recent sentence ended in 2014 after nine months for fleeing law enforcement.

Rey Is Safe And Sound

Shortly after Hunt's arrest, Rey took to social media to let her 8.4 million followers know that she was all right and expressed her gratitude for their support:

Hey kiddos.
I’m doing fine thanks for the messages. And tomorrow we’ll be in Hotlanta can’t wait to see everyone. Yachty that means u. pic.twitter.com/hwrRYyrA3E 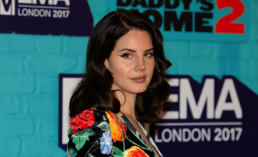 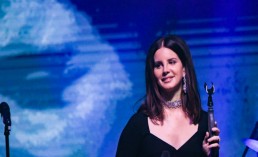 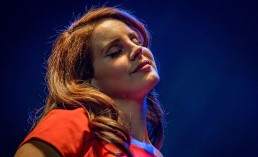