Recent rumors suggesting that both Adam Levine and Blake Shelton may soon quit The Voice reportedly have producers of the singing competition “freaking out.”

According to a new report, The Voice executives recently got wind of news suggesting that Levine and Shelton may soon part ways with the hit series and allegedly offered them a major bonus for season 14 in hopes of securing their futures with the show.

“After word got back to the higher-ups that Blake and Adam want out, they decided to offer them each a $5 million bonus to stay on the show until 2020,” a source close to The Voice told Radar Online on Feb. 8. “They are literally begging them to stay because they fear that losing them would cause ratings to plummet!”

Shelton and Levine haven't said anything publicly about their alleged desires to leave the show, but Radar Online suggested that sources had revealed that the two musicians are “strongly considering” leaving the show after the end of season 14.

Although several coaches of The Voice have been known to come and go, including Pharrell Williams, Gwen Stefani, Miley Cyrus, and Christina Aguilera, Levine and Shelton have been with the show consistently since its start and fans aren't okay with the idea of seeing either one of them leave.

“At first, execs were on the fence about both of them,” revealed the insider, “but then fans went absolutely nuts and started to send emails and tweets to NBC expressing their strong opposition to them leaving.”

While executives of The Voice reportedly offered Levine and Shelton a substantial amount of money to stay on board for the next couple of years, the Radar Online report claimed that neither one of them has accepted the money quite yet. As the source explained, Levine and Shelton have been hesitant to cash in on the season 14 and bonus and when it comes to extending their contracts until 2020, they haven't signed a thing. Instead, they are continuing to weigh their future options.

Rumors have been swirling for years in regard to Levine's potential exit, most of which claim he will eventually leave the show to focus on his growing family with wife Behati Prinsloo.

To see more of Blake Shelton, Adam Levine, and their costars, including Alicia Keys and new cast member Kelly Clarkson, don't miss the upcoming premiere of The Voice season 14 on Monday, Feb. 26 at 8 p.m. on NBC. 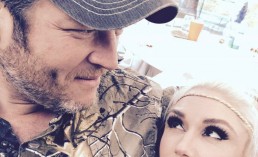 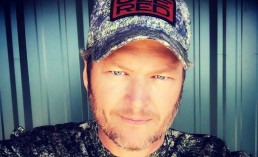 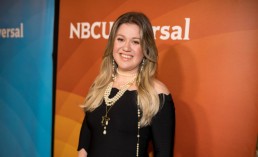