Another actress has come forward and accused a director of misusing his power for sexual advances. How To Get Away With Murder actress Karla Souza claims that she was raped in Mexico filming for a movie.

The 32-year-old actress spoke with CNN on Tuesday, Feb. 20, about the incident but did not give the name of the director who attacked her. The actress stated that she was separated from the other members of the film and stayed in a hotel where she and the director had a room in.

Souza claimed that the director would show up at her door during odd hours.

"He knocked at my door saying he wanted to go over some scenes and I thought it's 2 a.m., it's not appropriate and it's something that shouldn't be happening," Souza stated.

Souza continued that the director continued knocking on her door and she refused to answer, which led to the director not shooting her scenes and humiliating her on set. This continued on set for a month until Souza felt she had no choice but to "give in" as she could no longer handle his "abuse of power."

"I ended up giving in to him. (I let him) kiss me, to touch me in ways I did not want him to touch me and in one of those instances, he attacked me violently and yes, he raped me," Souza said.

The Mexican actress stars on the popular ABC drama opposite Viola Davis as Laurel Castillo.

Since September 2017, actresses have spoken out against men in the entertainment industry who have used their power and money as leverage to commit deviant, sexual acts. After an in-depth expose article was written about disgraced movie mogul Harvey Weinstein, over 80 women have stepped forward and accused him of sexually assaulting, harassing, and raping them.

The ongoing allegations, also known as "The Weinstein Epidemic," has also brought to light the actions of other Hollywood honchos such as Kevin Spacey, Dustin Hoffman, Russell Simmons, Jeffery Tambor, Brett Ratner, and James Toback.

© 2021 ENSTARS, All rights reserved. Do not reproduce without permission.
TAGSKarla Souza How to get away with murder sexual assault Metoo
SEE COMMENT
CLOSE COMMENT 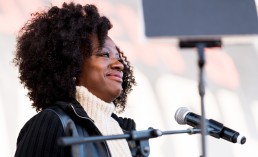 Viola Davis Opens Up About Feeling Underpaid: 'Pay Me What I'm Worth' 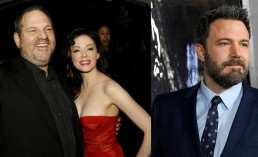