The trailer for the Jersey Shore revival Jersey Shore: Family Vacation is out offering a preview of the mess and craziness that come along with the return of the gym-loving and tan-fixated crew.

The Jersey Shore pack is back and ready to take their craziness in one epic vacation in Miami. The crew, comprised of Nicole "Snooki" Polizzi, Jennifer "JWoww" Farley, Paul "Pauly D" DelVecchio, Michael "The Situation" Sorrentino, Ronnie Ortiz-Magro, Vinny Guadagnino, and Deena Nicole Cortese, are heading to South Beach.

It has been five years since the sixth and last season of the reality TV series ended and the cast have gone on their separate lives. Snooki and JWoww are now mothers of two, while Ronnie is going to be a first-time dad to his child with girlfriend, Jen Harley. His on-screen ex-girlfriend Samantha "Sweetheart" Giancola is not in the reunion series.

A lot may have happened in their respective lives, but nothing much has changed when it comes to the group's penchant for having fun. The mess is still there although JWoww observes that the crew is a little classier this time, opting to drink from a wine glass instead of from bottles or plastic cups.

"We're older, but I don't think many of us are wiser," Ronnie admits in the trailer.

"We're like the hottest mess ever," Snooki adds at the end of the preview. She says that as they age, they only become more delinquent.

The trailer for Jersey Shore: Family Vacation takes viewers to some wild nights partying at the hottest clubs in Miami. JWoww quips that she loves her children and that she "never let loose" but she does the opposite during their vacation, as she is seen going crazy on the dance floor. However, she also admits that motherhood has made her crazy.

Outside of the fan is the drama, where the revival series tackles The Situation's jail time for tax evasion. He jokes that it is "The United States vs. The Situation." He makes light of his sentence but the crew are worried for him.

"Dude, prison's no joke, it's scary, he's literally not going to survive," Snooki says in the trailer.

Jersey Shore: Family Vacation is a proper send-off for The Situation. The show brings the crew back together for a booze-filled reunion before he spends 15 years in jail. The series premieres Thursday, April 5 at 8 p.m. on MTV. 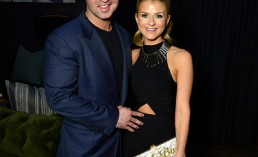 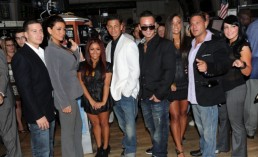 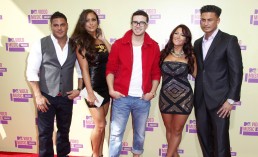