The late Robin Williams' co-star on Mork and Mindy, Pam Dawber, claims that she and the actor just clicked. She didn't even mind his inappropriate behavior.

All Part Of His Charm

Revelations about the beloved actor and comedian, who committed suicide back in 2014, came out before the release date of his new biography.

The book, by New York Times journalist Dave Itzkoff, will be published in May. Excerpts published by the UK media outlet Daily Mail gives a startling account of the actor's behavior towards actress Pam Dawber on the Mork and Mindy set.

The actress, however, chalked it all up to Williams' playful personality.

"I had the grossest things done to me by him. And I never took offense. ... I was flashed, humped, bumped, grabbed. I think he probably did it to a lot of people ... but it was so much fun," she said.

Williams' behavior towards Dawber would widely be considered sexual assault nowadays, particularly with the current movement in Hollywood, but the actress considered it to be part of the actor's charm.

"If you put it on paper you would be appalled. ... He'd look at you, really playful, like a puppy, all of a sudden. And then he'd grab your t**s and then run away. And somehow he could get away with it. It was the '70s, after all," Dawber divulged.

Trying To Get A Reaction

Mork and Mindy director Howard Storm dismissed it being just how Williams was. He also admitted that the comedian would grab Dawber's breasts or buttocks if he got bored during a scene.

Garry Marshall, the legendary producer who passed away in 2016, argued that Williams' goal was to embarrass Dawber.

"He would take all his clothes off ... and she was trying to act. His aim in life was to make [her] blush," he explained.

Hugely popular sitcom Mork and Mindy ran from 1978 to 1982. Williams starred as an alien who stayed with Dawber's Mindy in Boulder, Colorado.

It was Williams' starting point for a successful movie career and served as the prelude to his most popular films including Dead Poets Society, Jumanji, Good Will Hunting, and Mrs. Doubtfire.

The actor and comedian hanged himself in 2014, at the age of 63. He had struggled with mental illness and drug addiction for years.

Following his death, it was revealed Williams was suffering from Lewy body dementia. He had previously been misdiagnosed with Parkinson's disease.

Robin, Itzkoff's biography of Williams, is due for release on May 15. 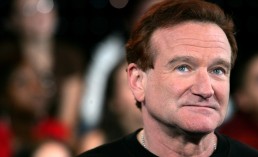 After Robin Williams' Death, Suicides In The US Increased By 10 Percent 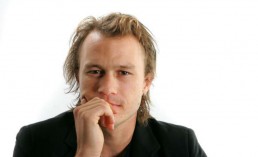 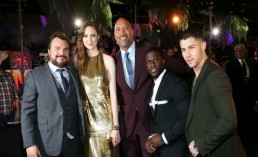