Good news for those who get fashion tips from the gurus in Queer Eye! They are going to be back for season 2 as Netflix has recently renewed the show.

Queer Eye's Fab Five, comprised of Tan France, Jonathan Van Ness, Karamo Brown, Antoni Porowski, and Bobby Berk, are certainly given a longer screen time to shed some light on clueless straight men having fashion crisis. Obviously the show has since gain a massive fan base, considering that the first season had just wrapped up in February.

"They deliver immersive and nuanced stories. They elicit so many emotions from viewers, from tears of laughter to tears of joy - and that's just Queer Eye," Netflix's vice president of content Bela Bajaria said.

Indeed, the show gained much acclamation, much like its mother show, Queer Eye for the Straight Guy, which last aired in 2003. It has become a fan-favorite not only for those getting fashion advice from the experts, but also wish to be entertained.

Of course, the spunky and high spirited mentors in Queer Eye were more than happy to know about the good news.

The handsome Porowski took to his Instagram account to make the announcement. His photo showed the food and wine expert giving the peace sign, hinting for season 2. Van Ness, the ever popular stylist, also spread the news in all finesse by uploading a photo of him, highlighting his oh-so gorgeous hair.

Berk, meanwhile, uploaded a short clip of the Queer Eye cast, saying, "Can you believe?" For France, a huge sign board with a huge No. 2 sums it all up.

It's not only the fans that Queer Eye has gotten attention of. Of late, France lent a hand to Saturday Night Live's Pete Davidson when he gave the comedian a long-overdue makeover.

Of course, France's expertise shone through the makeover as he quickly pointed out Davidson's problematic aspects in terms of clothing. The fashion expert also did not disappoint as the 24-year-old SNL cast came out looking like a totally different person.

Now that the second season of Queer Eye finally saw assurance, the better question is, what is in store for the show? Berk hinted that an episode will delve deeper on religion and the changes it could make on them.

This could become a game-changer since Berk has been vocal about his religious upbringing. However, he doesn't plan anytime soon to touch on that matter, so it will be interesting to know how the said episode will pan out. 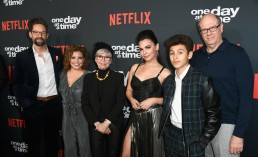 Netflix Renews 'One Day At A Time' For Season 3 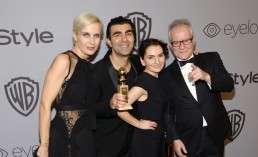 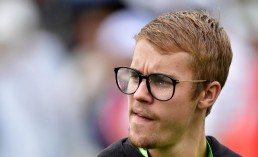