Chaos is coming in the highly anticipated second season of Westworld. The official trailer for the HBO hit series sets the stage for a host uprising.

The pilot season of Westworld ended on a brutal note as Robert Ford (Anthony Hopkins) cooked up a plan that ended in Dolores (Evan Rachel Wood) leading a violent charge against the human executives and VIP guests of the park.

Season 2, as the trailer shows, sees her resolute on this path of destruction.

Nirvana's "Heart-Shaped Box" plays in the background eerily as the trailer begins with a calm conversation between Dolores and Bernard (Jeffrey Wright).

"Do you ever stop to wonder about your actions?" Dolores demands to a hostage as she leads the other hosts against the humans. "The price you'd have to pay if there was a reckoning?"

A complete picture of the reckoning — Dolores leading the violent charge, gun-toting hosts, and slaughtered corpses on the ground — flash onscreen.

"We've ridden 10 miles and all we've seen is blood. Is this really what you want?" Teddy (James Marsden) asks her, to which she responds, "It's us or them."

One of the other hosts, Maeve (Thandie Newton), has a different priority as she attempts to find the daughter who was part of her Westworld storyline.

The human executives of Westworld, Lee Sizemore (Simon Quarterman) and Charlotte Hale (Tessa Thompson), are also seen walking through the park and encountering the aftermath of the bloodshed.

Logan (Ben Barnes) and William (Jimmi Simpson) have been previously confirmed to return, so expect flashbacks of their time in the park with Dolores. Both were shown in blink-or-you'll-miss-it shots in the new full trailer.

Present-time William, a.k.a. the Man in Black, is also featured.

The trailer closes with a shot of Dolores smiling at Bernard, who tells her that even he catches himself afraid of her.

"Why on earth would you ever be frightened of me?" she asks chillingly.

Westworld viewers were first given a hint of this other park in the last episode of the first season, but the latest trailer confirms that the show will feature at least this one expansion.

It's a brief shot, but the trailer shows Maeve walking through the chaos donning a kimono, which suggests her search for her daughter may take her to Shogun World in season 2.

Aside from the familiar faces, cast members confirmed to join the show as regulars include Gustaf Skarsgard, Fares Fares, Katja Herbers, and Neil Jackson. Betty Gabriel and Jonathan Tucker will also be part of the show as recurring characters.

Westworld returns to HBO on April 22. 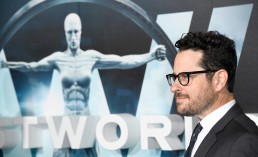 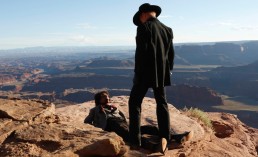 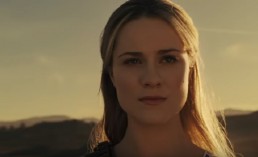