Alec Baldwin makes his Saturday Night Live return in the cold open as President Donald Trump trying to keep up with the Baltic states' leaders.

For this SNL bit, Baldwin's Trump shared the press conference stage with Kate McKinnon, Alex Moffat, and Heidi Gardner, who all played opposite the actor as the leaders of Lithuania, Latvia, and Estonia.

According to the Hollywood Reporter, the segment is a spoof of Fox News's Outnumbered. SNL's version is hosted by Ghostbusters star Leslie Jones.

Baldwin's Trump starts off innocuously, reading a prepared statement to kick off the press conference in a trying effort to prove his ability to read. When he mistakenly reads a note to himself out loud — "Do not congratulate Putin," the note goes — he proceeds to go off tangent.

"Time to freestyle," he says. "First of all, a big congratulations to Vladimir Putin ... even though no one's been tougher on Russia than I am, including Hitler."

Trump's mind wanders even more when McKinnon's Dalia Grybauskaite speaks on the podium in a diplomatic speech. A voiceover of the president's voice provides running commentary on his thoughts.

"I'm already so bored. I wish I was watching Roseanne. How great is that show? Roseanne loves me, she's like a good Rosie O'Donnell," his inner monologue rambles on before his head drops, asleep. Before speaking up, he reminds himself not to mention the Lithuanian president's coiffed hair. Just moments later, he tells her, "And by the way, your hair is insane."

After fielding tough questions from the press on a range of topics from Amazon founder Jeff Bezos and Stormy Daniels, Baldwin's Trump has had enough and makes an exasperated admission.

"Here's the thing that no one else is saying, and I'm the only one who's willing to actually say this: I don't care about America, okay?" he says as reported by Washington Post. "This whole presidency is a four-year cash grab, and admitting that will probably get me four more years."

Baldwin may have grabbed the spotlight for his Trump comeback, but Chadwick Boseman steals the show as the host of the latest SNL episode.

The Black Panther star plays his character King T'Challa of Wakanda in SNL's game show parody Black Jeopardy. As the king of the fictional Wakanda, Boseman's T'Challa is unaware of American culture and events, including police brutality, according to another report from Hollywood Reporter.

In another segment, the actor exits the cinema after watching Black Panther with Jones and Chris Redd. To the trio's horror, they see Pete Davidson and Beck Bennett trying to pull off the "Wakanda Forever" tribute from the film.

The two parties hilariously attempt to negotiate with Boseman's side agreeing to allow the salute if white people give them back dabbing.

Boseman also showed off his vocal prowess with a music-centric sketch. 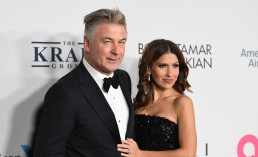 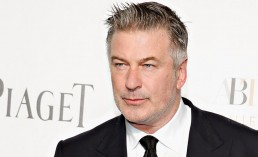 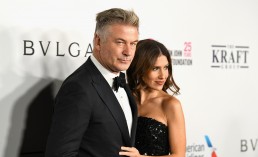