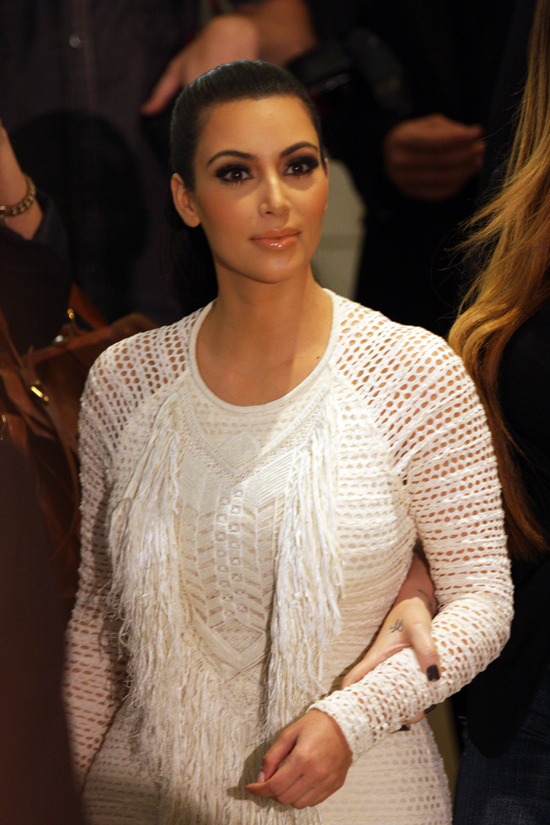 Kim broke down in tears upon hearing the bad news from the doctor:

The KUWTK star tested positive for lupus antibodies. Selena Gomez has lupus and needed a kidney transplant because of that. Lady Gaga also has the rare, chronic illness.

So when the blood tests were shown to her doctor, the KKW Beauty mogul said it really shook her. The nerve-wracking doctor's appointment had Kim's mind racing.

What Will She Do if She Had Lupus?

With her youngest child Psalm West and her activities in law school, Kim couldn't help but think about how lupus could be a "hindrance." She opened up about her fears when she got the diagnosis saying, "I thought of every worst possibility and how I'm gonna live life with it."

But her doctor assured her that testing positive for lupus antibodies does not mean she has the rare autoimmune disease that has no permanent cure. To be sure, her doctor wanted her to come back for an ultrasound.

The mom-of-four revealed how she feels her joint pains are different this time because she could "feel it in (her) bones." So while she got scared of the blood test results, she came back for the ultrasound to find out what's really going on in her body.

During the ultrasound, her doctor gave her the good news:

No, Kim Kardashian West does not have lupus. But, here's the twist:

She really is sick with another incurable autoimmune illness that also causes inflammation and chronic pain.

What Kim was feeling in her bones was a symptom of psoriatic arthritis. Kim is known to have psoriasis and even helped raise awareness for this chronic skin condition, which is fairly more common than lupus.

However, her doctor revealed that her condition is at a stage where it is still mild and manageable.

As with psoriasis, the pain that results from autoimmune psoriatic arthritis will also just come and go. Kim went on to say: "This is NOT going to stop me."

The fashion mogul is now on medication to stop the symptoms, admitting that she tried, for the longest time, to go the natural route. Fortunately for her, "everything is under control" now.

Kimmie recently celebrated her 39th birthday with her family and friends. She was also in the mood to give gifts to her friends from her SKIMS line, while her husband gave her a million-dollar gift.