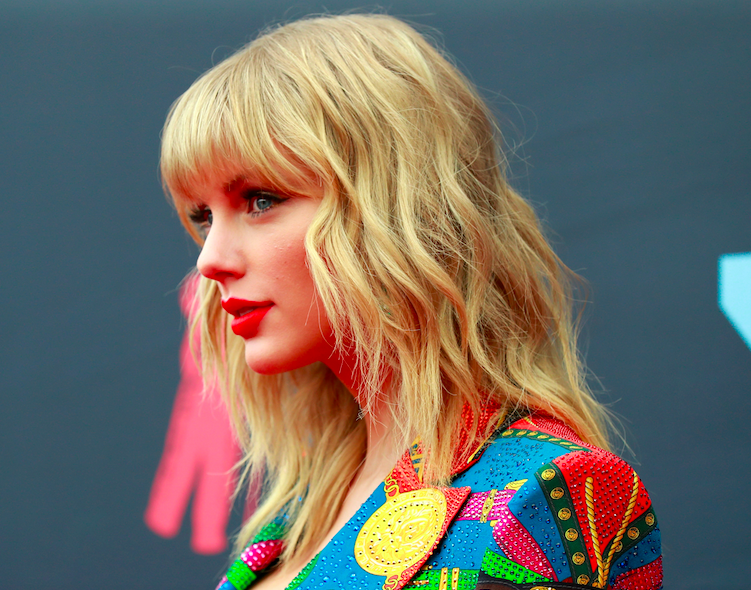 Imagine being a super fan of one of the world's biggest singers and thanks to them, you finally had the courage to join a singing contest. Imagine competing on the show and then finding out that one of your idol's is going to be a mentor on the show.

"The Voice" fans, please calm down, because Taylor Swift is blessing your television-viewing pleasure!

For the 17th season of the Emmy-winning show, the singer will come in as a "Mega Mentor."

According to The Hollywood Reporter, Swift will be on-hand to work with all four coaches and their teams to provide feedback, suggestions and praise, as the contestants prepare for their performances in the Knockout rounds of the show.

The knockout round will serve as the last opportunity for the singers to prove their worth to the judges before they decide who gets to stay for the final round -- the live playoffs.

The coaches alone can pick the winner during the knockouts. The artist not chosen then becomes free to be taken by another coach. It's only for this season that the knockouts portion was part of the show.

Shelton and Legend took to Instagram to share a promotional video of the news. In the video, the two "act" as if they don't know who the pop-star mentor will be.

View this post on Instagram
Our @NBCTheVoice Mega Mentor for Season 17 is VERY MEGA. If only @blakeshelton and I could figure out who it is. A post shared by  John Legend (@johnlegend) on Sep 16, 2019 at 8:00am PDT

Swift previously served as a Mega Mentor on the seventh season of the show in 2014.

Shelton told PEOPLE Mag, "The first season that she came on, she instantly knew what to say, knew what her job was and was great it. This season, she brings more experience to the table. It's no accident that she's the biggest star in the world. She's not only talented, but she's really smart. So, it's fun to work with."

It is Swift's and Clarkson's first time working together, but Clarkson already said she was impressed how invested Swift was.

"She cares about the artists - that's what I loved about working with her the first time. I loved that she actually cared and invested," Clarkson told People.

She also shared that Swift cried a couple of times because she was really into it.

Legend told the same publication that it was "incredible" to see his team members be surprised and sing in front of Swift.

"She had such an amazing journey as an artist and bene so successful, like beyond any artist's success in the world, ever." He added that Swift comes to the show and advises the aspiring artists and they feel so lucky and excited to sing for her.

Other mentors in The Voice season 17 are Darius Rucker for Team Blake, Usher for Team John Legend, Will.i.am for Team Gwen, and Normani for Team Kelly.

This is going to be the first season without original and longtime coach Adam Levine. The Maroon 5 front man left the show after 16 seasons in a surprise announcement. Gwen Stefani was his replacement.