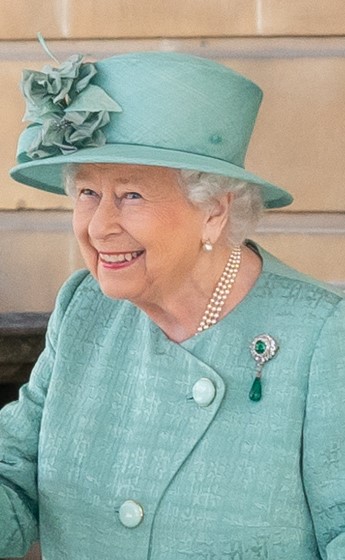 Unsurprisingly, there is quite a lot of regulations when it comes to the royal family. Among these are the rules with regards to interacting with the Queen.

People are not allowed to turn their backs on her, speak unless spoken to, sit down until she does and start eating before she does. These are expected protocols from anyone who are allowed audience of Her Majesty -- but the rules don't end with those.

There are certain words that are off the royal vocabulary and once spoken may be considered as an offence. The royal family are expected not to mention these words.

Queen Elizabeth, known for her wit and humor, may give consideration to outsiders. However, it won't hurt to remember these common words that the Queen has labeled as "vulgar."

According to palace aides, the Queen hates the word "pregnant." No, she doesn't refuse to acknowledge an expectant mother. In an article dug up by US Weekly, it was said that Her Majesty refers to expectant women "in the family way," which is a phrase she deemed politer.

Express News listed down more words and phrases not to be uttered by the royals.

The word "tea," for instance, while pertaining to the soothing drink we usually consume, actually means "evening meal" in many parts of the U.K. The royals prefer calling this meal as "dinner" or "supper."

Another term is "portion." That word won't do -- The Queen refers to it as "helping size" instead.

"Pardon," while we may think is a formal word, is actually tantamount to a curse word to the royals. They prefer to hear the word "sorry."

If, by any optimistic chance, you find yourself inside the Buckingham Palace, never ever ask where the toilet is. You'll never hear the Queen mention that word. Instead, ask for the "loo" or "lavatory."

The royals do not refer to their parents as "mum" and "dad." They call them "mummy" and "daddy" or "papa."

As odd as it might sound, royals prefer to call their "perfume" as "scent." Imagine walking up to someone and saying, "I love your scent." Weird? But that's what the royals prefer.

"Posh" is actually a British slang word, and neither the royals nor the upper-classmen use the term. They use the word "smart" instead.

There are a few more words provided in the list by Reader's Digest. For instance, while some British people have "patio" in their backyards, the royal family have their own "terrace."

While we usually use the term "living room" or "lounge" for our main front room, the royal family uses their "drawing room" or "sitting room," where they would be seated on a "sofa" instead of on the "settee" or "couch."

The term "refreshments" sound fancy and deserving of the higher caste, but actually, the higher-ups simply prefer the term "food and drink."

Last on the list is the word "dessert" -- yes, that sweet indulgence we resort into after a healthy meal. British royals usually use the word "pudding" for the general term, but nowadays, younger people are already being influenced by American English. However, if anyone says they "want a sweet," they would readily be classified as that of a lower class.

There is quite a lot of things we do not know about the royal family that are both interesting and amusing. Despite the fact that their lives are laid out in the eyes of the public, it sure seems that they will never fail to surprise us.