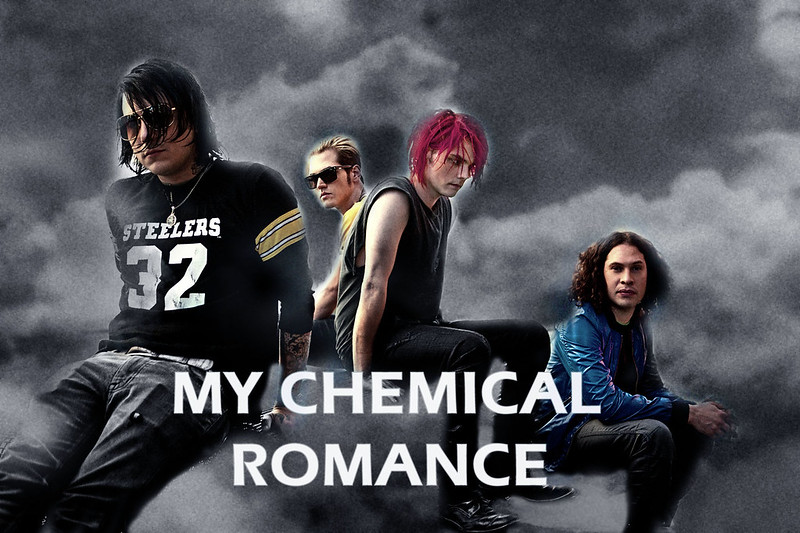 Our screens almost burst when My Chemical Romance when they took to Twitter to announce their "Return" concert promoted by Golden Voice.

It is going to be a black parade as we welcome Gerard Way, Mikey Way, Frank Iero, and Ray Toro together again on Friday, December 20, 2019 at the Shrine Expo Hall, Los Angeles, California.

Previously, MCR teased fans with their comeback by releasing new merch. Then, Joe Jonas ignited rumors when he announced on KISS FM UK that My Chemical Romance was rehearsing next to them in New York. Frank Iero was on the Zach Sang Show after an accident, and he neither debunked nor affirmed their comeback, but said anything was possible.

October 31 marked Frank Iero's birthday and little did we know that the band was already planning a Halloween treat for their fans. Their L.A. comeback marks their first concert since 2012. The band later split in 2013.

There was no better timing to make the announcement as MCR has been the unofficial Halloween band since 2004, and now tickets start selling via AXS on November 1, 2019 at 12:00 PM PST. Grab your birthday money because this concert is not one to miss.

It looks like MCR is testing the waters with their L.A. tour, but there is a sliver of hope that there will be no turning back after the concert. Emo fever is trending again, after all so we may expect to see a tour announced in 2020, festival shows, and possibly new music. Their last album was "Danger Days: The True Lives of the Fabulous Killjoys" in 2010.

What Happened to My Chemical Romance?

With new merch, Frank Iero's birthday, an L.A. concert, and recently joining Instagram - you can tell My Chemical Romance's wick never went out and kept burning in the hearts of their fans. To be fair, the group did remain in public eye, albeit in solo endeavors.

Gerard Way stayed in the limelight with his Netflix show "The Umbrella Academy." The lead vocalist also did a cover of "Happy Together" with The Turtles, launched "Hesitant Alien," and a DC comic series. Frank Iero released "Barriers" with his band Future Violents earlier in May.

One final telltale sign that MCR is back for the long run is when they reinvented their logo. The new black and white MCR logo adds four symbols that mean clarity, courage, sacrifice, and devotion.

My Chemical Romance (Photo by Rob Ellis via Flickr)