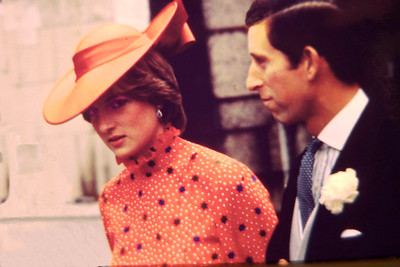 When Princess Diana died in a tragic accident in 1997, the Queen received criticism over failing to capture the mood of the public in her address to the nation.

It was only a year before the accident when Princess Diana's divorce with the Queen's son, Prince Charles was finalised. But Diana and Charles' divorce could not have happened if the Queen did not have her way, allegedly.

The year was 1977, Prince Charles was nearing 30 and as an heir to the throne, felt pressure from the royal family to settle down permanently. Lady Diana Spencer was 16 then and seemed suitable for Charles as she was a "virgin, educated, and aristocratic."

Before then, senior royals had not approved of Prince Charles' choice in women including Diana's sister, Lady Sarah Spencer and Camilla Parker Bowles who is now heir apparent to the British throne. Both were rejected by the palace for having previous "experience" or to put bluntly, were not virgins.

Diana was only 22 when she became Princess of Wales by marrying Charles. She had a fairytale wedding but it was later revealed that her marriage was not the bed of roses she had expected.

Extremely isolated and in a loveless marriage, Diana was moved to rebellion. She broke royal protocols right off the bat by choosing her wedding ring from a catalog, refusing to say she would "obey" Prince Charles, exposed her shoulders and wore form-fitting low-cut dresses, among others.

Diana's rebellion quickly escalated when she threw shade at her royal mother-in-law in the documentary, Diana in Her Own Words. In it she revealed that she sought marriage advice from her mother-in-law, Queen Elizabeth II to which she got the response: "I don't know what you should do."

In an attempt to show the public that all is well with Diana and Charles, Queen Elizabeth II reportedly forced Diana to go on tour with Charles to South Korea in 1992. However, by this time, it was apparent that their marriage had hit rock bottom - not even looking at each other and seemed like two strangers among the crowd.

In spite of this, Diana was reportedly not keen on divorcing Charles. Her confidante Jenni Rivett revealed that Diana loved Charles and wanted to be a loving wife. Diana may have went on with the marriage albeit Charles reignited his relationship with Camilla, admitting to a longtime affair.

Because I Said So

The final straw for Diana was her TV interview in 1995 with BBC journalist Martin Bashir. She secretly let the journalist and his camera crew inside Kensington Palace and made public of her 5-year affair with James Hewitt.

The late Princess of Wales was quoted as saying, "there are three of us in this marriage," referring to her, Charles, and Hewitt.

It did not take long for Queen Elizabeth II to send Diana a letter with an order to divorce Charles, claimed royal commentator Angela Mollard.

However, she was not the only one who claimed so as Diana's former butler Paul Burrell also revealed that the letter was handwritten by the Queen who revealed that she consulted with the Archbishop of Canterbury, the British prime minister, as well as Prince Charles. The decision to order the divorce was reportedly a collective one.

Queen Could Not Do Anything
Beyond how Queen Elizabeth II felt for her daughter-in-law, ultimately it was Prince Charles who did not want to reign with Diana as Queen. He reportedly made sure his estranged wife would not be crowned queen, and was even shattered that Diana insisted on not getting a divorce.

When the Queen finally stepped in, Diana reportedly thought it was rich for them to get to decide about her marriage. At this point, she had nothing left to hold on to the marriage, though she hoped her children would not witness divorce as she had with her own parents.

The Queen reportedly did not mind if Diana kept her royal title, however Charles reportedly demanded she be stripped of it. She did get to keep her jewelry, Kensington apartment, £17 million lump sum, and additional £400,000 per year.

The divorce came with a confidentiality clause that kept Diana from revealing any more about her marriage and divorce.