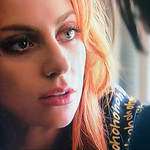 Mental health awareness stems from pop stars to royals. In the music industry, singers have opened up about their experiences with self-harm. Most important, they spread a positive message to help those struggling with their mental health.

The Fame Monster admitted to a history of self-harm. Non-suicidal self-injury is becoming more common, especially among teenagers.

Gaga opened up about a loved one who sat beside her at one incidence and sad, "You don't have to show me. Tell me what you are feeling." That reportedly helped her defuse the urge and have a healthier outlet.

Lady Gaga's experiences paved the way for Born This Way foundation which she co-founded with her mother, Cynthia Germanotta. The foundation supports mental and emotional wellness in young people.

At her Grammy's speech for "A Star Is Born," Lady Gaga also used the moment for her advocacy. She reminded everyone not to look away when someone is hurting.

The 17-year-old singer revealed how sudden fame prompted her anxiety which led to self-harming. While she does not have scars anymore, it still breaks her heart to see some of her fans with scars on their arms.

With a deep understanding for what they are going through, Elish encourages her fans to be kind to yourself.

Demi was about 10 years old when she appeared on "Barney and Friends." Six years later, she successfully launched her career in music.

Of the many struggles Lovato had to go through, eating disorders and suicidal ideations were among them. She unveiled that at seven, she tried to take her own life.

Now, self-love has become more important for Demi. She often encourages her fans not to be afraid to get help. "If you're alive today, you are worth it!"

When the "Megatron" singer was still trying to pursue a career in the industry, she reportedly had to deal with bouts of depression. Doors slammed in her face and dead-enders made it harder for her to cope.

Now, Minaj is very vocal on social media showing her support to those who struggle with mental health issues. She urges all to be sensitive and show love when we see someone struggling.

The "Chandelier" singer-songwriter admitted to attempting suicide n the past. But, Sia convinced herself that there was a world out there she wants to live to be a part of.

Sia sought help right away and encourages her fans to keep going.

These singers pour their hearts out on songs. When they could not, they realized self-harm was doing them no good. Now they use their voices so everyone can be heard. Chin up, they have been there too - and have overcome.

Lady Gaga - A Star Is Born (Photo by Rocor via Flickr)