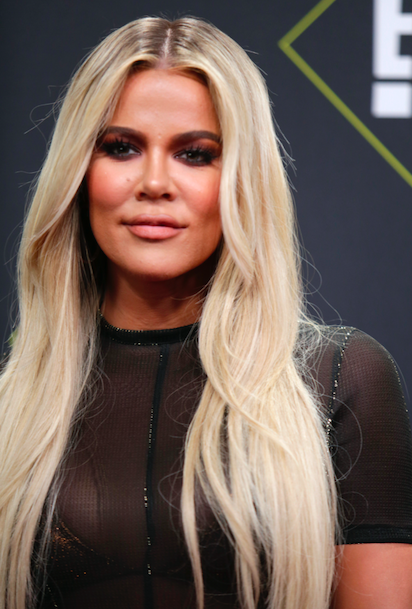 While Kourtney Kardashian is stepping away from reality TV, "Keeping Up with the Kardashians" fans are going to see more of their favorite Kardashian.

PCA Winner for Reality TV Khloe Kardashian is going to add another show to her very full schedule. Additionally, her one-year-old baby True Thompson is also going to be part of it.

If you watched last Sunday's brand new KUWTK episode, one of the highlights of the episode came near the start when the momager Kris Jenner sat down to talk business.

Though that scene was short, what fans learned while watching that part has gotten them intrigued for more.

The KUWTK spin-off was mentioned briefly in a meeting with Khloe, Kris and the producers, and fans got a few details and hints about the upcoming project.

At one point, there was a flash of concept art for the new show's overall design and style, including a glimpse of its clear title; "Khloe and True Take the World."

Though there is no premiere date announced yet, Khloe said that the show would be a five- to seven-minute internet web-series that will air during KUWTK episodes on Sundays.

Producers of the show want it to be up on the internet "as soon as possible," making it seem like the series would be a digital exclusive.

Those hints make it clear that the family is aiming for a YouTube or anoother digital platform run for the show instead of full-fledged TV production with their mother network, E!

Nevertheless, a TV series could still be in the works down the road.

Producers also noted that the show would be shot at the house among other places, focusing on "mom and daughter out" and about and "letting the world see just little snippets."

It is unsure if True's dad, Tristan Thompson, will also be in the series. The Cleveland Cavaliers big man wants to do everything in his power to win the "Revenge Body" host back, according to E Online, so he is probably just going to follow along with this new series.

© 2020 ENSTARS, All rights reserved. Do not reproduce without permission.
TAGSKeeping Up With The Kardashians khloe and true take the world True Thompson kuwtk spin-off Khloe Kardashian
SEE COMMENT
CLOSE COMMENT