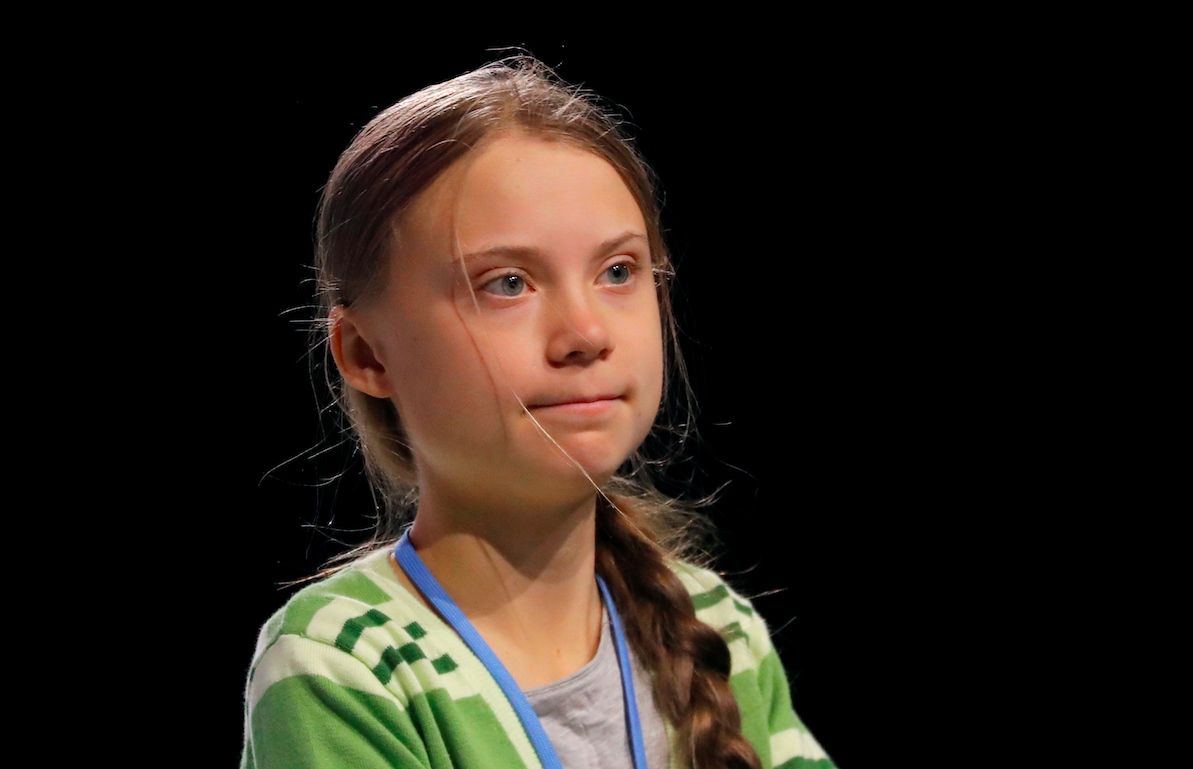 The President of the United States of America just decided to mock a teenager.

In a tweet Trump posted on Thursday, he said, "So ridiculous. Greta must work on her Anger Management problem, then go to a good old-fashioned movie with a friend! Chill Greta, Chill!"

So ridiculous. Greta must work on her Anger Management problem, then go to a good old fashioned movie with a friend! Chill Greta, Chill! https://t.co/M8ZtS8okzE — Donald J. Trump (@realDonaldTrump) December 12, 2019

On Wednesday, TIME named Thunberg its person of the year, citing her global crusade to incite greater action on climate change.

"In the 16 months since her protests began, she had addressed heads of the state at the UN, met with the Pope, sparred with the President of the United States, and inspired 4 million people to join the global climate strike," TIME wrote about Thunberg.

The teenager's reply came minutes later. Instead of lashing out on social media like her 73-year-old critic, Thunberg changed the bio of her Twitter account to, "A teenager working on her anger management problem. Currently chilling and watching a good old-fashioned movie with a friend."

Their exchange, which propelled Thunberg to trend on Twitter with numerous hashtags, came on the fourth anniversary of the Paris climate pact that Trump withdrew from soon after taking office.

The backlash on social media was fast. Numerous people said that Trump bullied a child, although some high-profile Twitter users came to the President's defense.

Scott Adams, the creator of the Dilbert comic strip, said, "There's a reason we don't let people run for President until age 35. Greta is a good example."

Former White House communications director turned vocal Trump critic Anthony Scaramucci also defended the Swedish teen after the President's tweet, saying that his former boss is "a bully and a punk. He added, "No normal person would find this sort of behavior tolerable. Much less from a global leader. @real DonaldTrump is a despicable person."

Thunberg, the youngest person to ever receive the TIME Person of the Year award, has developed an international following, particularly among young people. She has been persistent with her efforts to address climate change on a global level.

However, it was not the first time the President mocked Greta Thunberg.

Last September, after she made an emotional speech at the United Nations, Trump appeared to mock her by tweeting that she "seems like a thrilled young girl looking forward to a bright and wonderful future. So nice to see you!"

Trump and Thunberg crossed paths at the United Nations in New York. She was seen staring down the U.S. President as he arrived to attend a meeting on religious freedom.

At the UN Climate Action Summit, Greta gave a speech that said, "You all come to us young people for hope. How are you? You have stolen my dreams and my childhood with your empty words, and yet I'm one of the lucky ones. People are suffering. People are dying. The entire ecosystem is collapsing."

Thunberg, who has Asperger's syndrome, was asked to speak on climate change in front of several high-profile bodies of people, including the United Nations and Congress.

Since her first school strike in August 2018, she has grown her protest into a global youth movement calling on the world leaders of today to take decisive action on climate change and prevent further global warming.