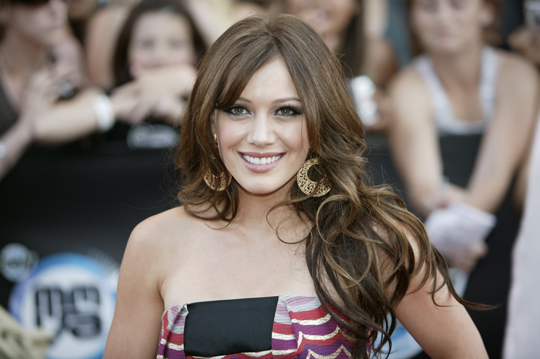 Last year, it was announced that a "Lizzie McGuire" reboot was going to happen and it would be on Disney Plus. However, production of the reboot has been stopped, with its future still in limbo.

Apparently, Showrunner Terri Minsky was hoping to create a more mature show to reflect Lizzie's adult life -- something that Disney reportedly does not want to do as they want the show to be family friendly.

What Did Duff Say?

On Friday, Duff asked Disney to find a TV home that is more appropriate to the grown-up "Lizzie McGuire." In an Instagram post, she said the streaming service is not the best fit and suggested that maybe they could move to Hulu -- a joint venture of Disney and Comcast.

The original series was an authentic portrayal of Lizzie as a pre-teen and teenager, Duff said. However, she argued her next chapters should be "as real and relatable."

"I'd be doing a disservice to everyone by limiting the realities of a 30-year-old's journey to live under the ceiling of a PG rating. It's important to me that just as her experiences as a pre-teen/teenager navigating life were authentic," Duff wrote.

"It would be a dream if Disney would let us move the show to Hulu if they were interested, and I could bring this beloved character to life again."

On Duff's post, Minsky commented: "Ask yourself - WWLMD? (what would Lizzie McGuire do?) answer: THIS!"

"Lizzie McGuire" is about a girl whose thoughts were expressed by her animated doppelgänger. It aired from 2001 to 2004 on the Disney Channel.

Duff's interest in moving the series to Hulu comes after she wrote a cryptic comment in response to "Love, Simon" being removed from Disney Plus and moved to Hulu because of its not-so-family-friendly theme. Disney instead created a 10-episode series spin-off, "Love, Victor."

Taking to her Instagram Stories, the former Disney actress shared a screenshot of an article about the story. She circled the headline "Love, Simon TV Show Pulled From Disney+ as It's Not 'Family-Friendly'" and captioned it with "Sounds familiar..."

It was reported that production of the "Lizzie Mcguire" reboot was suspended in January after the exit of showrunner and original series creator Terri Minsky, according to a report by Variety.

At that time, Minsky told Variety that she would like to see the show move to Hulu. She also highlighted that she is proud of completing two episodes.

"I would love the show to exist, but ideally I would love it if it could be given that treatment of going to Hulu and doing the show that we are doing," Minsky shared.

In a statement, Disney clarified their position and cited creative differences for the delay.

"We paused production on 'Lizzie McGuire' a few weeks ago to allow time for some creative re-development. Our goal is to resume production and to tell an authentic story that connects to the millions who are emotionally invested in the character, and a new generation of viewers too," the statement said.

Variety also reported that while Minsky's replacement has yet to be announced, meetings are said to be ongoing.

Sources told the news portal that it appears increasingly likely Disney will be able to find a showrunner who can appease both Hilary Duff and Disney.

The reboot is said to follow the adventures of Lizzie in the cusp of her 30th birthday. She's living in New York, working as an assistant to an interior decorator. Plus, it is expected that her 13-year-old animated Lizzie will continue to offer her unique brand of advice.

Adam Lamberg, Hallie Todd, Robert Carradine and Jake Thomas, who all starred on the original series, were set to reprise their roles.