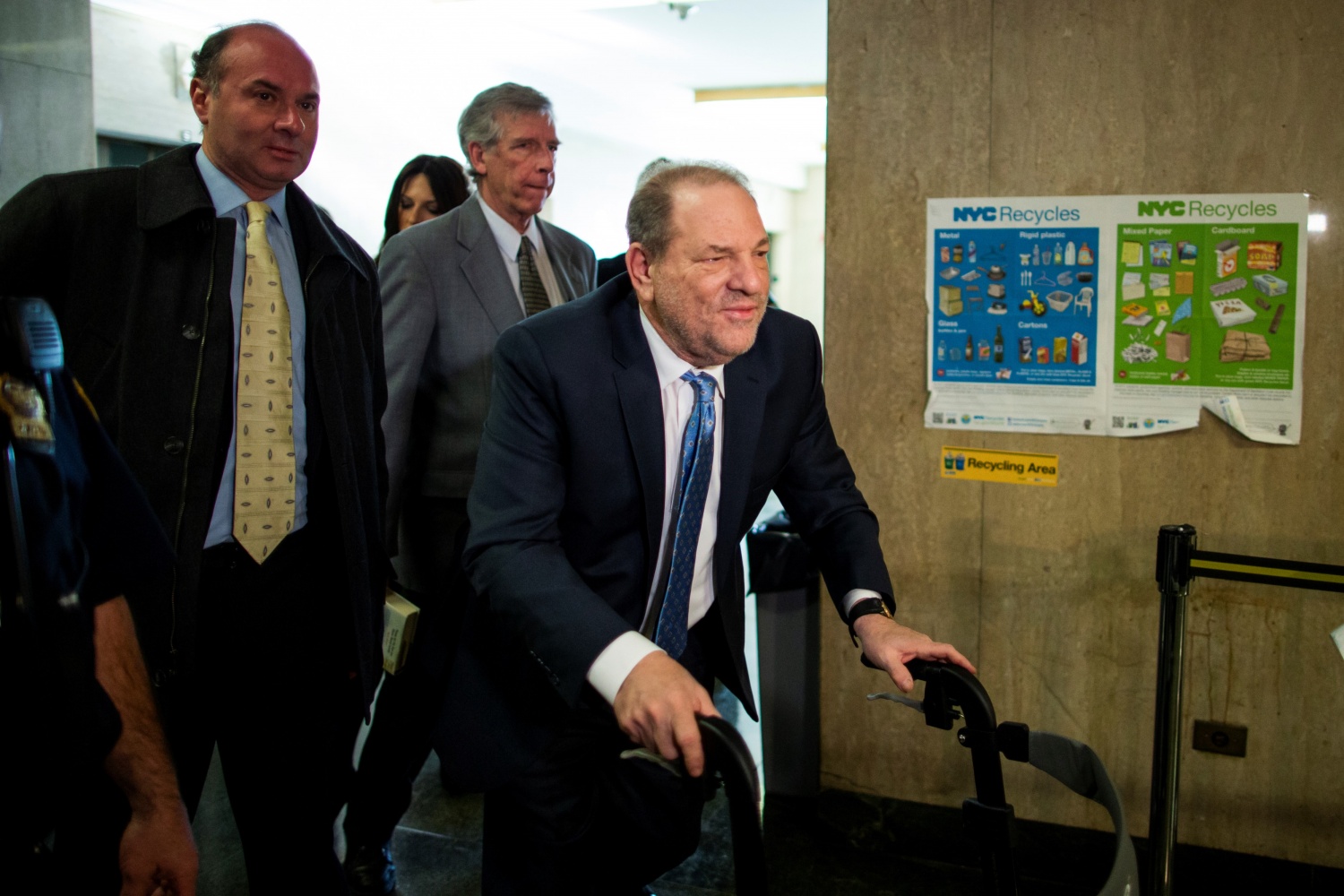 Hollywood titan Harvey Weisntein is now a convicted rapist, so instead of the lavish birthday parties he used to have, he is now spending his special day in jail.

For the first time ever, Weinstein is spending his birthday in prison. He turned 68 on Thursday. His so-called gifts were quite phenomenal: a pamphlet on sexual abuse behind bars, as well as an informational video about how to restrain oneself from ultimately committing suicide.

These "gifts" are not unique to him, though. New inmates receive them all the time, Page Six reports. A day before, on March 18, Weinstein was transported to the upstate Wende Correctional Facility. This is a maximum-security prison outside Buffalo.

Ironic that it has to happen a day before his birthday, but maybe just fitting for the man who once ruled the world of ironies and dramatic sequences, Hollywood.

Weinstein cannot just throw the pamphlet that reads "The Prevention of Sexual Abuse in Prison: What Inmates Need to Know," though. He may have read it and thought how never in his wildest dreams would he imagined holding such in his lifetime.

But no crimes can vanish in thin air, and he has to pay.

The Oscar winner will then have to move on and watch a video entitled "Abuse Behind the Walls: An Orientation," and probably feel a pang of fear on this chest.

State officials actually keep tabs and records on these two activities, making sure all inmates will do them on the first day of lockup. So that was how Weinstein spent his first birthday in jail.

If that is not mentally tolling enough, he would then be assessed for his risk of being sexually abused by other inmates or his own tendency to be the one to carry out abuses against other inmates. After this, he would be asked to absorb another informational video called "Suicide Prevention for People in Prison."

The title is itself self-explanatory.

Weinstein is not thrown to the Wende facility just randomly. He is in it because it is known for its sex-offender treatment program. According to the prison consultant, the Department of Corrections and Community Supervision mandated that this treatment be experienced by Weinstein.

Probably a silver lining, Weinstein has been immediately placed in a medical unit first because of his failing physical health and the coronavirus pandemic happening. He is being quarantined first since there is an underlying possibility for him to bring in COVID-19, and that cannot happen at all costs.

"DOCCS is doing their best effort to protect inmates and not bring in COVID-19. Wende has no confirmed cases at the moment," Rothfeld said.

Normally, regional medical units that are found in New York State prisons are reserved only for inmates that are recovering from big surgeries or fighting some chronic and life-threatening diseases.

The units allegedly look like the usual hospital ward for one to two-persons only. DOCCS medical staff provide care for those who would be housed here.

Even though all visitors are still banned from coming to the facility as a safety measure against the spread of COVID-19, Weinstein is said to be exempted.

Weinstein has been sentenced with 23 years, but at present, it is still unclear if he'll be serving this completely at Wende or eventually moved.

Each individual sentenced to a period of incarceration in a state correctional facility is evaluated on a case-by-case basis to determine which DOCCS facility meets his or her security, medical, mental health, and other needs," a department rep said.