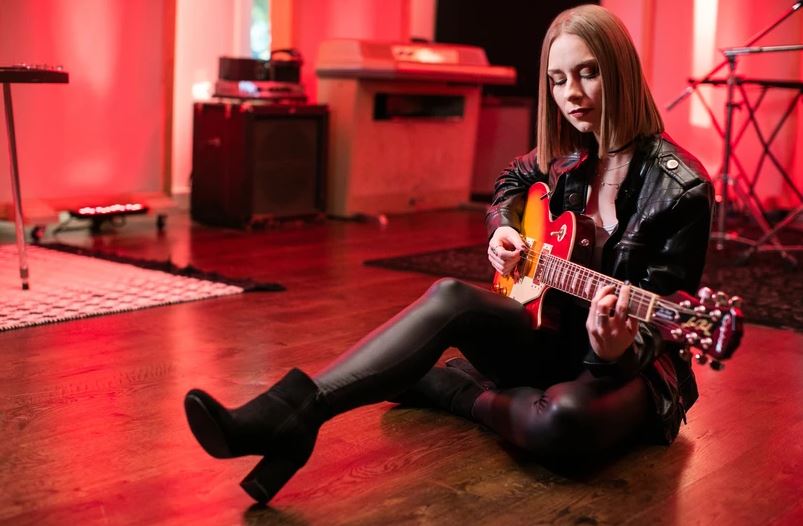 Alyssa Trahan does what she does so well and brings light into this world in a time of darkness with her newest single "My Favorite Song."

Trahan not only wrote the song with Tony Lucca, but she also produced it and played almost every instrument. Sweety High debuted the official lyric video for "My Favorite Song" across their platforms last Thursday.

Fans can listen to the song here.

On the other hand, Trahan had an Instagram takeover with the highly-acclaimed media outlet last Saturday, April 4.

"I've always thought it was so cool how music can attach to certain memories and completely change the narrative, whether it's good or bad. I wanted this song to be something people could jam out to, even if they have a broken heart. I also tried my hand at producing this one on my own, which was so much fun!" said Alyssa.

In the midst of tour dates being canceled right and left, Trahan is also bringing the music to you on her Comfy Couch Tour. Starting last April 4, fans were able to catch her on different platforms. She will next be on Crowdcast this April 7, and on StageIt this April 8.

Who Is Alyssa Trahan

Alyssa Trahan is able to blur genre lines with her modern pop production mixed with traditional country instrumentation, winning fans over of all genres.

A jill-of-all-trades, singer, songwriter, multi-instrumentalist and audio engineer, Alyssa began making waves in Nashville as soon as she moved from her hometown of East Rochester, N.Y. in 2016.

Whether it's solo or with a full band, Alyssa steals the show. Bringing a fresh new sound to country music, Alyssa Trahan is a fresh face force to be reckoned with, follow her at alyssatrahan.com.

READ MORE: [EXCLUSIVE] Kyle Meagher On Doing 'Anne With an E' While Launching Music Career, AND Looking for THE ONE