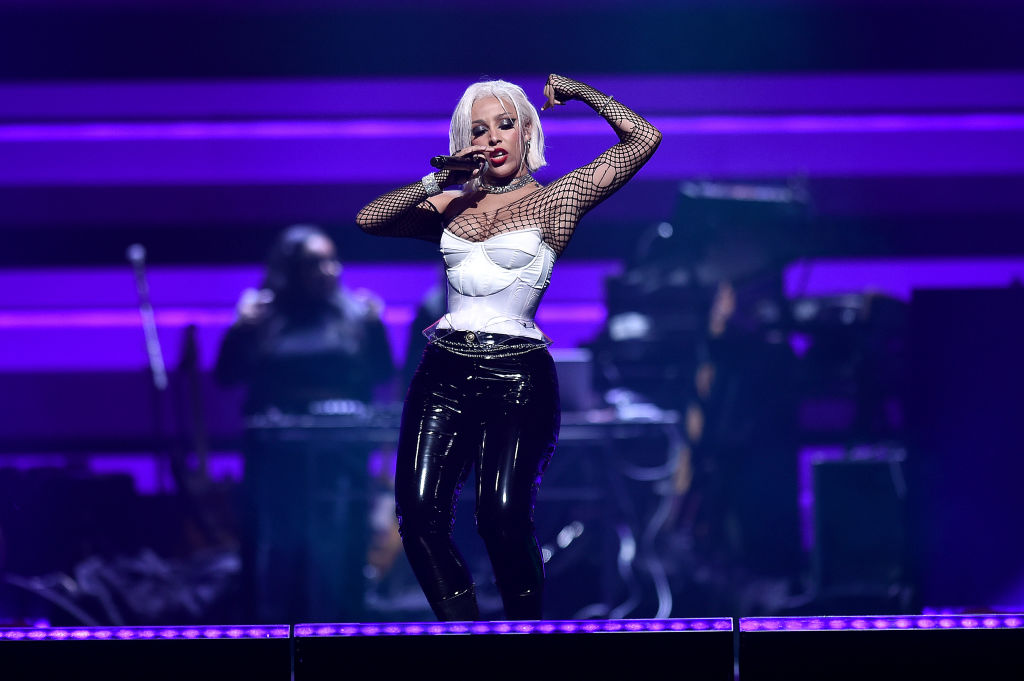 Doja Cat, who played down the effects of coronavirus multiple times, has tested positive for COVID-19.

On Saturday, the 24-year-old singer-songwriter confirmed to UK-based radio station Capital XTRA that she contracted the dreaded disease.

"I got COVID," the Los Angeles-based rapper revealed. "Honestly, I don't know how this happens but I guess I ordered something off of Postmates, and I don't know how I got it but I got it."

Although Doja Cat did not disclose when exactly she received her test result, she mentioned that she experienced symptoms and recovered later on.

The shocking announcement came months after she received massive backlash for undervaluing the coronavirus pandemic.

To recall, she hosted an Instagram Live session in March 2020 when she compared COVID-19 to a normal flu. Doja Cat also indirectly shamed people who were following the precautionary measures to stop the spread of the virus.

She even advised her viewers to simply take some Mucinex, drink water, and get enough sleep if they would ever contract COVID-19.

Aside from her controversial COVID-19 remarks, Doja Cat also received condemnations when the "racist chat rooms" she was once part of surfaced online.

Netizens claimed that Doja Cat was "talking to racists and laughing to their racist jokes" through the video chatting platform Tinychat.

Moreover, she has also been accused of bein a racist after the rapper's old song that used racist language targeted at police brutality victims re-emerged.

The Source reported that her song's name "seems to be a stylized pronunciation of "didn't do nothing." The news outlet also pointed out that she used it to mock black people who died due to police brutality.

On May 24, she addressed the controversy in an Instagram post, but her issues continued to make waves on message board Lipstick Alley.

For what it's worth, Doja Cat previously opened up that she was indeed part of online chat rooms once.

In a December 2019 interview with Paper Magazine, she disclosed that she was obsessed with a chatroom that she still frequented at the time. The rapper did not mention the chatroom's exact name, however.

The worst part was that she used to skip school to hang out in the chatroom.

"People would pick on me and use horrible, horrible language, just the worst, and I just didn't understand why people were so crazy on there," the singer continued.